You are at:Home»Current in Zionsville»National Championship Run 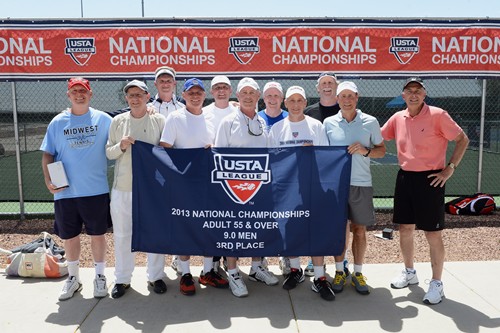 Ten local players, including two Zionsville residents, Todd Biberdorf and Court Jackson, played in the Men’s 55 and older top division and finished third in the nation at the USTA National Championships held in Surprise Arizona on April 25 to 27. The team represented Indiana as the midwest champion, advancing to the national championships after winning their sectional against state champions from Wisconsin, Illinois, Michigan, and Ohio. Biberdorf and Jackson have been playing together for 30 plus years on various USTA teams and levels.