You are at:Home»Current in Carmel»Carmel releases list of streets targeted for repaving 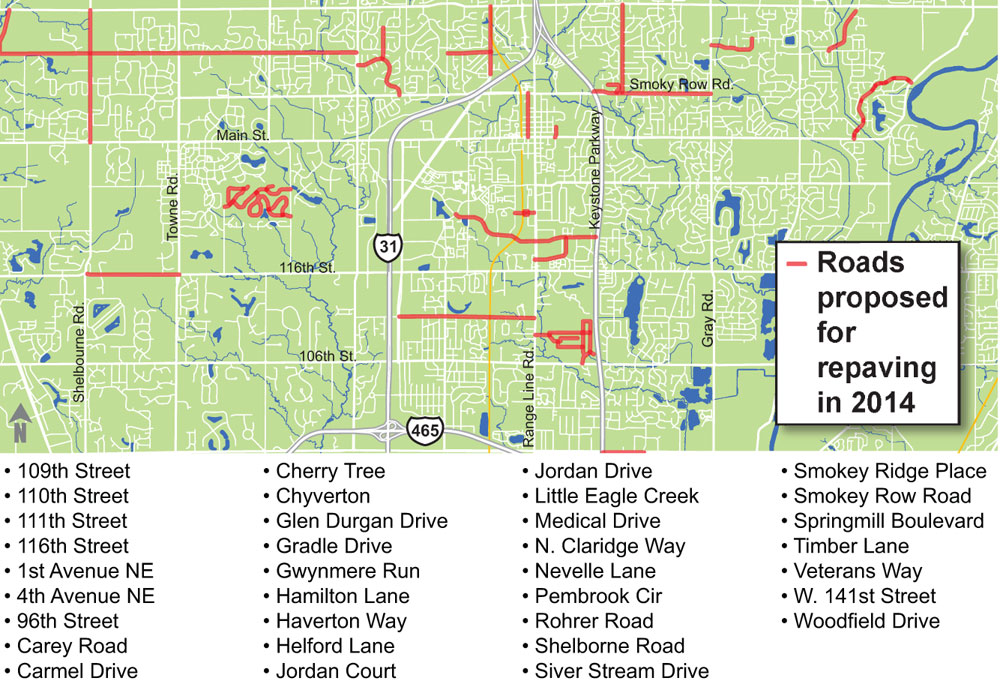 The Carmel Street Department released its list of roads to be repaved. It’s proposing to repave an additional 28 miles of city streets this year and targeting 45 miles of roadway for repaving in 2015. 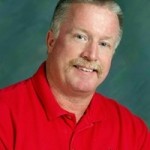 Previously, the Carmel City Council approved a $700,000 to be moved from the city’s rainy day fund to help keep up with road repairs after a rough winter. This was all part of a process of restoring the city’s budget after cuts were made.

Mayor Jim Brainard agreed that attention needs to be paid to Carmel’s streets and suggested an additional $800,000 be appropriated to help projects stay on track. But councilors disagreed for two reasons: Because they thought it was financially irresponsible to take so much money out of emergency reserves and because there was no list to specify how the funds would be spent.

Some councilors suggested that would be happy to spend more than $700,000, but first they would like to see how far the money will go toward completing road repairs.

The list of road repaving projects was released, but no cost was specified next to each road, an omission that Councilor Luci Snyder found interesting.

“But perhaps that’s coming,” she said.

Snyder said Hazel Dell Parkway was one road she was happy to see on the list of proposed projects for 2015 because she feels it is a priority.

In addition the entire subdivisions of Jordan Woods and Claridge Farm are scheduled to be repaved this year.

Dave Huffman, director of the streets department, cautioned residents to know that the list is a “proposal” and can be subject to change for a variety of reasons.

If residents feel there is a road that needs attention, they can call the street department at 733-2001, Monday through Friday from 8 a.m. to 4 p.m.

● 122nd Street, from River Road to the pavement change

● Clearview Drive, from Dubarry Drive to the pavement change

● River Road, from New Bridge North to the pavement change

● Shakamac Drive, from Illinois Street to the pavement change