You are at:Home»Current in Carmel»Carmel Community»Carmel United no more – soccer team combines with Westfield’s to form Indiana Fire 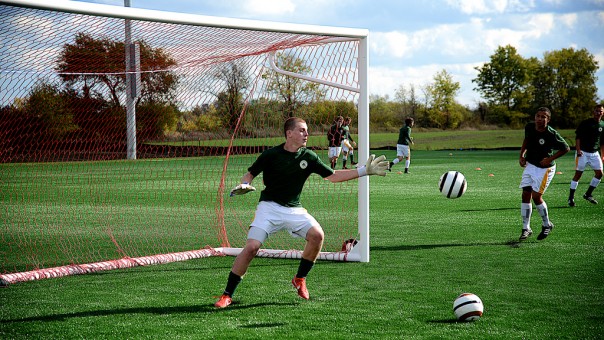 The Carmel United Soccer Club and Westfield Youth Soccer Club have announced that the two clubs will merge to become the Indiana Fire Juniors Soccer Club.

The new team will be an affiliate of the Chicago Fire Soccer Club.

With more than 1,200 travel players and more than 1,500 recreational players, the new club will be the largest and most comprehensive youth soccer organization in Indiana.

After evaluating the opportunity to affiliate with Major League Soccer and the Fire for the past four months, both clubs’ leadership came to an agreement to merge, allowing the new organization to extend its reach, offer more programs and resources and provide new playing facilities.

“We are pleased to introduce ourselves as the Indiana Fire Juniors,” said former Carmel United President Ken Yerkes. “With our strong combined coaching staff and the many Chicago Fire resources, we anticipate a future filled with champion-caliber teams and players who excel beyond their expectations.”

“This affiliation makes sense on all levels,” said former Westfield Youth President Mark Anderson. “It brings together two of the largest, strongest soccer clubs in Indiana and pairs us with MLS, an exciting and growing league. Every player can thrive and grow in this new setting.”

The merger also grants Indiana Fire Juniors players access to the Elite Club National League, the highest platform for girls players in the nation. As Carmel United’s ECNL membership carries over, the new club will become the first Fire affiliate to be a part of the prestigious platform.

The Indiana Fire Juniors will also continue to have access to the Grand Park Sports Complex in Westfield to use the new facility as its home playing and training venue.

When looking at the pyramid of play of youth soccer, WYSA Executive Director Mark Webber said the biggest piece was recreation, then academy (U8-U10) at the community level and third is regional travel.

“Westfield is extremely strong in those three categories. Carmel has been stronger in the elite level programs. By combining the clubs, you’re providing the best opportunities for kids from 4 all the way up to college,” he said. “One club, at one location. I’m not sure you’ll find another club to make that claim.”

Carmel parent Anthony Lodato has been involved with the CUSC for the past three years after moving from Michigan. Lodato, whose son plays on the U12 team, said having the best coaches and good facilities are key ingredients for creating a winning program.

“I’m excited for my son. It means good coaching and when you play with good players you become a better player,” he said. “Every parent wants what is best for their children.”

Lodato said Westfield has a better recreation program which is good for the future of the club and the merger means kids get to play with good players under the Fire umbrella.

“The kids are kind of excited to wear the Chicago Fire uniforms,” he said.

The combination of the two clubs is not an issue for Lodato who said players on his son’s team come from Zionsville, Fishers, Indianapolis and Kokomo.

“A lot of the kids in Carmel United aren’t from Carmel. As long as the facilities are good I don’t think most people will have an issue with that (playing in Westfield instead of Carmel),” he said. “It will attract a lot of good players in the area.”