You are at:Home»Current in Carmel»CarmelFest: Radio Disney coming to the Kidzone stage 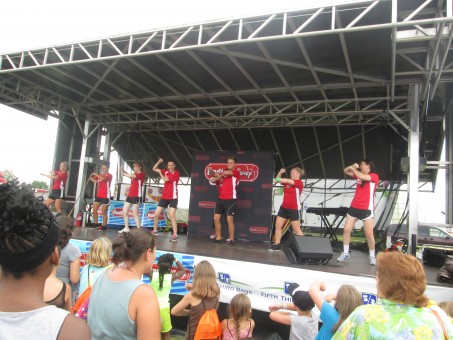 Do your kids love anything and everything Disney? If so, you’re in luck.

For the first time this year, the Indianapolis Radio Disney Road Crew will be performing at the Kidzone stage, offering fun and games for the entire family at 7 p.m. July 4.

Radio Disney is the No. 1 radio station in the Indianapolis market dedicated solely to children, teens and families. It features music from Disney sensations like Selena Gomez and Cody Simpson as well as popular requests like music from One Direction, Adele and Taylor Swift.

“We are excited to include them this year. They interact with the crowd and are very engaging,” Kidzone committee volunteer Janelle Morrison of Carmel said.

Morrison has two children, which she refers to as her “touch pilots.” When there is something new being considered for the kidzone she gets their reactions to see if it will be a hit.

“They saw the Disney Road Crew perform before and are very excited,” Morrison said.

Morrison said she believes that this addition to the Kidzone will be something that audience members will not easily forget.

“As a committee member, I encourage everyone to come out. There are so many activities for all age groups and we’re always looking for feedback from people,” Morrison said.

Other than Radio Disney, there will also be familiar acts returning to the Kidzone stage. Some include performances by the International Talent Academy, the Indiana Jim Animal Show and Master Yoo’s world-class Taekwondo.