You are at:Home»Current in Fishers»Fishers Teacher is Victim of Murder-Suicide 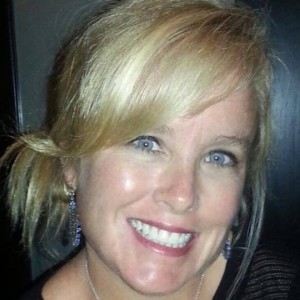 Wonderful.  Passionate.  Beloved.  These are some of the words used to describe Shannon Hall, a second grade teacher at St. Louis de Montfort School in Fishers, who was killed by her ex-husband in an apparent murder-suicide on the evening of July 27th at her parents’ home in Carmel.

“Shannon was a wonderful teacher, and such a vibrant lady,” said Beth Taylor, Co-president of the St. Louis de Montfort PTO.  “It’s a tragic loss to the parish and school community.”

The 40-year-old Hall was divorced from David Hall on July 1st.  The couple had lived on Babson Ct. in Fishers.  Police believe 38-year-old David Hall came to the home of Danny and Rita O’Malia, Shannon’s parents, in the 4600 block of Somerset Way South in Carmel, where he shot Shannon before turning the gun on himself.  The O’Malia’s were in the home at the time of the shooting, as were the Hall’s two children, ages 8 and 10.

The statement went on to say that counselors would be available to help parents and children discuss the loss of their teacher.  The guidance department at Guerin Catholic high School is supporting SLDM in that effort and can be reached at 317-582-0120.

A prayer service was held for Shannon Hall at St. Louis de Monfort last night, the night after the shooting.  Another service will be held tonight at Cathedral High School’s Joe O’Malia Performing Arts Center.  Hall was a graduate of Cathedral High School, where the performing arts center is named for her grandfather who founded the O’Malia Food Market chain.  A calling will be held from 3p to 8p July 31 at St Louis de Montfort at 11421 Hague Road.