You are at:Home»Current in Carmel»Carmel Community»Theatre troupe finding traction with ‘Shakespeare in the Park’ 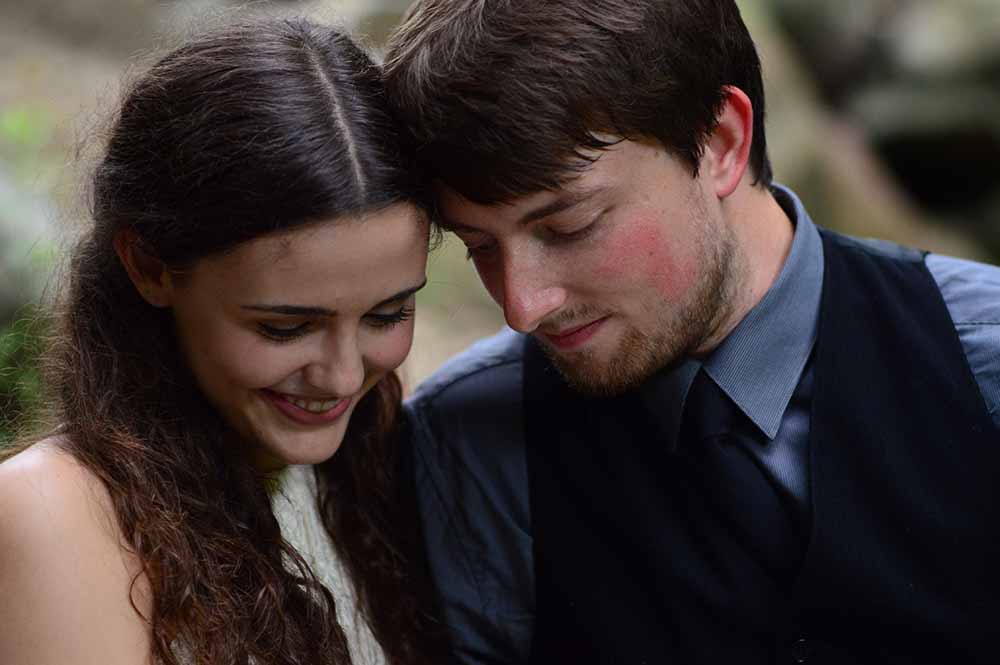 The Bard himself recognized that an audience’s active imagination is needed to make his plays work. Some of his plays have prologues or epilogues to solicit their help.

So, the director of “The Tempest” this summer at White River State Park believes the magic that threads its crucial way through the last play William Shakespeare wrote alone doesn’t have to fool audiences in order to enchant them.

For its sixth annual “Shakespeare in the Park” production, Heartland Actors Repertory Theatre has brought in Courtney Sale, associate artistic director at Indiana Repertory Theatre, to direct the show.

“I lean toward visual storytelling,” Sale said. “And we’ll keep this simple and straightforward.  That’s my contract with the audience – it’s not about smoke and mirrors.”

That means “we will show some of the strings,” director Sale promised in a recent interview, using an analogy from the art of puppetry. With the aid of movement and the highly detailed use of music, “The Tempest” will engage imaginations at the outdoor venue in three free performances, beginning July 31.

It takes place in a more firmly settled atmosphere than the Repertory Theatre has enjoyed in its short history.

“We’re trying to be more solid as a company,” said artistic director Diane Timmerman, and move beyond “not knowing if we have funding from year to year.”

The Heartland Actors Repertory Theatre has major support from the Christel DeHaan Family Foundation, the Lilly Endowment and the Indianapolis Foundation. And Timmerman sees corporate support as the next step.

The actor-founded company, mostly professionals in Actors Equity, has a new partnership with Butler University, where Timmerman chairs the theater department. That gives it the services of student interns and an outdoor rehearsal space, among other benefits.

Sale, a newcomer to Indianapolis who lives in the Chatham-Arch neighborhood with her husband and their 9-year-old son, brings to the assignment a background in new plays and devised work (presentations created collectively without pre-existing scripts).

Shakespeare’s fantasy of a deposed duke named Prospero who rules a remote island and uses magical powers to bring about personal justice may well be the perfect vehicle for the kind of theatre she favors. The Duplicates, the company she worked with during graduate study at the University of Texas, always did outdoor performances.

“It’s work on a scale I’m comfortable with,” she said, noting that a reverent approach to Shakespeare is not for her. “I told the cast, ‘We can make something new together.’”

The Heartland Actors Repertory Theatre production’s opening scene, for instance, which gives the play its title, will represent the storm without using any of Shakespeare’s words. That’s among the bolder cuts Sale has made along the way to keeping “The Tempest,” already among Shakespeare’s shortest plays, within Repertory Theatre’s desired two-hour limit.

“The blank canvas” that she needs to fill with Shakespeare’s material has room for lots of funny stuff. That’s concentrated in a couple of the shipwrecked characters who enlist the island’s primitive inhabitant, Caliban, to take over the island.

She also finds enthralling the intense but innocent young love of Miranda, Prospero’s daughter, and the shipwrecked prince, Ferdinand.

“They are really young, and they are the hope for the future,” Sale said.

Then there’s the problematic character of Prospero.

“I’m fascinated by his difficult nature,” Sale said. “There’s revenge, rage and schemes in Prospero – it’s nice to have that represented. I don’t use a scholarly or cerebral approach to him; I’m making it relational.”

In 2011, Sale first saw the actor she’s selected to play Prospero in a one-man show at IRT about the legendary James Beard. That helped pave the way for her to relocate here. Robert Neal starred in “I Love to Eat,” by IRT playwright-in-residence James Still, whom Sale had met when he visited Austin to see a Duplicates production.

“I was enchanted by the play and Robert’s performance. And the post-show discussion was great – it just surprised me.”

Sale, who directed “And Then They Came for Me: Remembering the World of Anne Frank” and “The Mountaintop” for IRT this past season, seems to be a connoisseur of happy surprises. She describes Indianapolis as “my Easter-egg hunt.”

“I am totally in love with Indianapolis; it snuck up on me,” she said.

She’ll reach her one-year anniversary at IRT in August, as she and her husband continue to make a long-distance, two-income marriage work: Sean Manning is director of visitor services at the National September 11 Memorial &  Museum in New York City – a job whose challenges hardly need description here.

“We have an incredible pool of artists and work happening here. I keep being enchanted and surprised,” she said. “There’s so much goodwill too. That doesn’t happen in a lot of other cities.”