You are at:Home»Current in Carmel»Carmel Community»Carmel City Council recap from Aug. 18

What happened: The Edward Rose project was passed. “This came out with a unanimous vote,” Snyder said of her subcommittee’s decision to approve the project. “…I have to say it meets all the criteria that I usually have for these kinds of things.”

What it means: Edward Rose Development Group has asked council for 75 percent of the TIF money raised from its project in the Main and Meridian area.

What’s next: The money will be used to repay bonds secured by the developer that will pose no financial risk to the city.

What happened: Councilor Seidensticker introduced an ordinance to authorize the issuance of economic development revenue bonds to a project at the Sophia Pointe allocation area. “This is a request for TIF,” Seidensticker said.

What it means: This would be a part of the KG Main LLC project and the issuance would not exceed $3,825,000, and the site would include apartments, retail and parking areas. Bruce Donaldson with Barnes and Thornburg said the name for this area has been changed to Olivia on Main. “This is the filler project to complete this [area],” Donaldson said. “This is a mixed-use development.” He said there would be a separate developer area, with a 75 to 25 percent split, and there would be no liability to the city. Proceeds from the bonds would go towards getting the site ready, including the removal of an on-site church.

What’s next: This project will go before the Carmel Redevelopment Commission, and then to the finance subcommittee.

What happened: Councilor Seidensticker discussed an ordinance that could allow for urban chickens to be raised in the city, without the requirement of having at least three acres of land for them. This ordinance was adopted.

What it means: “This modifies the number of urban chickens one can have in their back yard,” Seidensticker said. “There have been several calls about this.” This proposal would allow for up to six chickens to be raised in the backyards of Carmel urban homes. This is an increase from three chickens.

What’s next: Homeowners may now house up to six live chickens in their backyards. 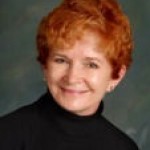 What happened: Councilors Snyder and Sue Finkam spoke about an ordinance to appropriate $30,000 towards Indy Express for Carmel residents.

What it means: “This ordinance is basically asking for an addionaly appropriation,” Finkham said. Finkham said this will help public transportation methods for Carmel residents, who ride the Indy Express busses, which currently operate on bus fares only.

What’s next: This docket was sent to the finance subcommittee for consideration.