You are at:Home»Current in Westfield»Checking in

Residents who haven’t visited the Westfield Washington Public Library in awhile may need a map to navigate the renovated building at 333 W. Hoover St.

After two years of planning and a year of construction, the library has added 10,000 square feet and renovated its current space to be more inviting and efficient. 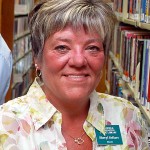 “I think it’s great. I hope the community likes it,” said WWPL Director Sheryl Sollars. “We’re all done except for a few things on the inside.”

Sollars said the project has addressed the most important needs of the library by providing a dedicated computer lab, quiet study rooms, a community/library programming room and new opportunities with its programming.

“With the computer lab, we have computer classes in a classroom setting,” she said, adding previously computers were scattered through the library. “We offer better ways to give our classes and a better venue. Now we have the space to do larger programs.”

Sollars said the library’s programming continues to increase in attendance, but additional space has not been constructed since 1994 prior to the recent renovation.

“We’ve rearranged things to allow for more gathering space,” she said. “We want to provide more for the community than we were. I think we did that.”

Other needs met by the renovation include wireless internet throughout the library, study rooms and small group meeting rooms, more space in the children’s area and a designated teen area.

“Our study rooms are used daily. They are very popular,” Sollars said. “The children’s area was totally reorganized. We moved the family and children DVDs to the children’s department.”

One small switch to regular patrons was the flip of the fiction and non-fiction sections.

“The flow is better,” Sollars said.

The addition also provides a place for community interaction – one of the largest needs at the library. Sollars said the library previously had to turn down requests from organizations because of a lack of space.

“The community room is for use by anyone in the community,” she said, adding the space has its own kitchen. “We offer a place for groups to meet up to 125 people.”

The $2 million project was on budget but not on time.

“If we didn’t have the weather this winter it would have been fine,” Sollars said.

Teens get their own area 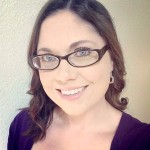 “We want to have a separate space for teens to come hang out after school, socialize and study. We’ll have structured programs as well,” she said. “We want to feel welcomed and not being shushed constantly.”

Bush said the area has its own study rooms, lounge area and resources aimed at teenagers with fiction and non-fiction books, graphic novels and magazines.

“Anyone is welcome to come in and check it out but the study rooms and furniture are for students after school,” Bush said.

Bush, a native of Bedford, has experience in teaching high school students and working in a public library. She said her favorite thing about being around teens is that it “is never boring.”

“They’re always creative and up for having fun. It makes it feel like it’s not a job when you are enjoying yourself every day,” she said.

Sollars said the library has opened back up it has continuous growth and more patrons.

“The weekends are unbelievable busy. Last month had 4,000 more items (checked out) than last year,” she said. “I can see a difference definitely.”

Emily Harris visits the library every other week and likes the renovations made.

“It’s nice there is space for more programming,” she said. “They definitely needed more space, it’s a growing community.”

As her young son, Jackson, works on a puzzle, Harris said she also enjoys the increase space and layout in the children’s area.

“It’s nice there is an area to play,” she said. “There used to be doors to trap them if you had an escapee.”

Kim Kooy was looking for a book for her daughter with her son, Lucas, assisting her. Each said the renovation looks nice and like the new format as well.

“It looks a lot better, newer,” Lucas said. “I remember the long hallway entrance. This is more welcoming.”

“The teen area will have the most impact because I have a teenage daughter who will utilize this section quite a bit,” Kim said.

Misti Harris of the children’s department said a new school-age story time will be held monthly for ages 6 to 12. The program is 4 to 5 p.m. Sept. 25, Oct. 16 and Nov. 20. Harris said instead of traditional sit and listen story readings this program will center on a famous artist. “It’s more of an exploration of an artist, hands-on,” she said. “Harris said the first artist is Piet Mondrian and the program will explore his life, look at his famous images and include a craft project. These interested in attending do not have to reserve a spot but seating is limited. For more information, call 896-9391.