You are at:Home»Current in Westfield»Public forum to address drug problem 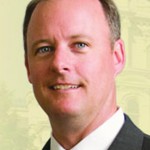 Like many communities across the country, Hamilton County has experienced an increase in drug and alcohol activity in recent years. Speakers will include Brandon Robinson who was arrested for involvement in a fatal drunk driving crash; Jeanine Motsay who lost her son to the synthetic drug NBOMe; a recovering heroin addict; and Major A. Dietz of the Hamilton-Boone County Drug Task Force.

“We can’t turn our backs on the increasing problems of illegal drug use and underage drinking that are present in central Indiana and people are asking for information,” Bowen stated. “Our goals for the evening are to present current and accurate information on the situation, give ideas on how families and friends can proactively address the problem, and to honestly answer questions those in the community have.”

Over the past years, Hamilton County has seen a steady rise in the number of drug arrests, overdoses, and underage drinking incidents. Drug overdose reports to the sheriff’s office have risen fourfold since 2010 and the number of drug possession arrests has seen an increase with more than 60 arrests so far in 2014.

Similarly, arrests for driving under the influence of drugs have doubled in the past year. An indication of the underage drinking problem is reflected in the number of arrests for illegal consumption. In 2013, more than 600 arrests were made in Hamilton County for minor consumption of alcohol and 2014 is on course to equal or surpass that number

“There is a misconception that drugs and alcohol only affect a certain part of society but we need Hamilton County residents to see the impact of these threats and to join in the fight against the problem,” Bowen stated.