You are at:Home»Current in Westfield»Sixteen will dance for food 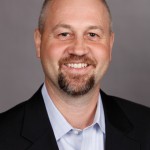 Prior to agreeing to participate in the Meals on Wheels-Hamilton County’s inaugural “Dancing with Our Stars” event Sept. 4, Todd Thurston, 42, was just a little familiar with the nonprofit through his work at Hare Chevrolet. While substitute driving for the nonprofit, Thurston said it was a chance phone call that increased his efforts to assist the organization. While talking with his father, Thurston learned his grandmother had meals delivered three times a week after his grandfather died.

“At that point it became more impactful to me. Now I’m giving back to an organization that helps my grandmother,” he said. “This organization impacted my family and I didn’t even know about it.”

Thurston is one of eight local residents that will do their best to keep up with their professional partners. Other participants joining Thurston, who is partnered with Diana Miller, include Julie Schnieders and Ed Godby-Schwab; Alaina Shonkwiler and Rob Jenkins; Jeff Warner and Monica Lung; Jessica Rodgers and Xavier Medina; Betsy Russell and Scott Shook; Gary Fammartino and Yulia; and Amy DeLucia and Chris Williams. 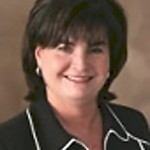 “I don’t expect to go out there and be Gene Kelly or anything,” said Thurston. “There’s not many things I do that I don’t have a blast at.”

Beth Gehlhausen, MoW executive director, said the organization has been looking for a signature event for the past two years – something unique – when they came across the dancing fundraiser.

“We wanted folks with Type A personalities who don’t mind putting it all out there. People who are known in their communities – not a TV personality. We’ve got some amazing people dancing for us,” she said. “There is definitely competitiveness going on.”

Like the TV show, each star is paired with a professional dancer and has 10 lessons to learn a routine.

“It’s a different way of teaching because you are immediately doing choreography and harder moves than I would usually teach a beginner. We’re trying to add as much flash as possible,” said Jenkins, a professional dancer and teacher.

Also like the show there will be a panel of professional judges critiquing the routine.

“It’s up to the pairs to decide what dance to perform,” Gehlhausen said. “We’ll have three different awards – a judge’s choice, a people’s choice based on votes received that night and an overall fundraiser award.”

“Almost all of the money raised goes into meals. Ninety-two cents of every $1 we raise is donated to the program. It helps us support those who are financially struggling,” she said.

The “Dancing with Our Stars” fundraiser for Meals on Wheels Hamilton County is Sept. 4 at the Ritz Charles, 12156 N. Meridian St., Carmel. The evening begins at 6 p.m. with registration and includes cocktails and heavy hors d’oeuvres with performances from the eight dance teams and Circle City dancers at 7 p.m. Tickets are $50. For more information, visit http://bit.ly/1kGTA6f.