You are at:Home»Current in Zionsville»Zionsville high schoolers are swimming for Special Olympics 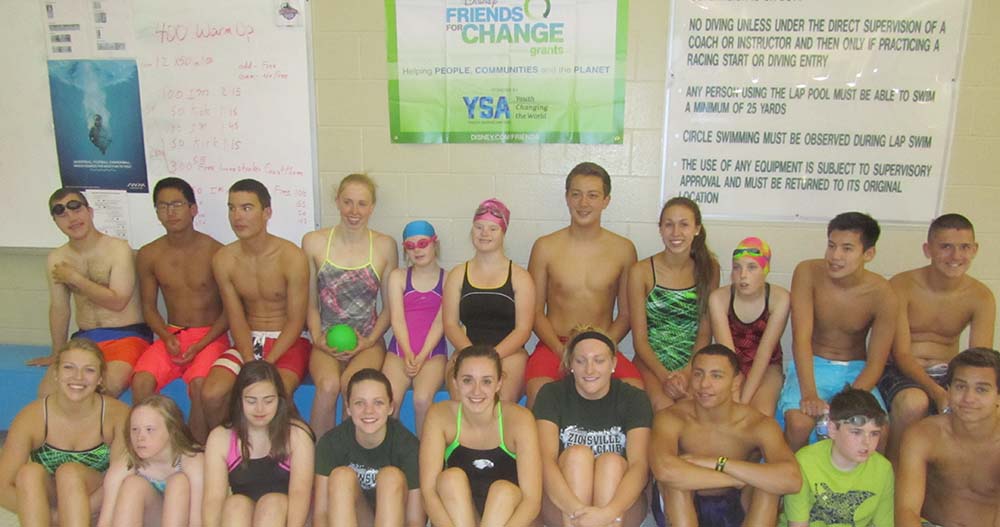 “Friends for Change” grants offer kids an opportunity to receive $500 to help make a lasting, positive impact in their community. Harmon chose to host a swimming clinic for Special Olympics high school athletes at the Zionsville Aquatics Center on Aug. 9.

“My uncle was a Special Olympic athlete for many years, so I decided to use my swimming abilities to help special needs kids with swim lessons,” Harmon said.

Tom Derksen, Hamilton County Special Olympics swim coach said: “It’s a really great thing for the SO athletes to be able to interact with typical athletes their age.”

The SO athletes had an hour and thirty minute long lesson with their instructor and did a group relay swim at the end.

Susan Ross-Long, the parent of an SO athlete stated in an e-mail: “It was an amazing opportunity and we are very grateful. Special Olympics has provided Maddie not only the opportunity to participate in various sports, but, it has also been and continues to be the source of friendships and support for Maddie and our family.”

The Indiana High School Athletic Association posted the event pictures at the Champions Together (Facebook) and Champs Together (Twitter), and also provided IHSAA T-shirts to all participants.