You are at:Home»Current in Carmel»Carmel Community»Steve Braun named as Commissioner of Department of Workforce Development 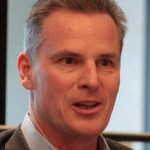 Governor Mike Pence today announced that Representative Steve Braun will serve as Commissioner for the Department of Workforce Development (DWD) after he concludes his term as a state representative in mid-November. Current Commissioner Scott Sanders will continue to serve the agency as Senior Deputy Commissioner of DWD, providing operational management and executive oversight of the Unemployment Insurance division.

“With expertise as both a public servant and a successful entrepreneur, Steve Braun has the unique background and skills necessary to continue to drive Indiana’s workforce development and pair it with innovative career and education opportunities for Hoosiers,” said Pence. “Under his leadership, Indiana’s Department of Workforce Development will work to align its efforts with the Indiana Career Council and Regional Works Councils in order to ensure career pathways and readiness for all Hoosiers. I am grateful for Steve’s willingness to serve and look forward to his insights as we strive to make Indiana a state that works.”

“I’ve been distinctly privileged to represent the people of Boone and Hamilton counties during my time in the Indiana General Assembly,” said Braun. “The opportunity to lead the Department of Workforce Development will let me serve the entire state, and as I finish out my current term, I look forward to continuing my public service in a new capacity.”

Braun will appear on the ballot as a candidate for re-election this November, as the July 15 deadline to withdraw from the ballot had passed before discussions about the position at DWD began.  He will resign that seat in order to serve as Commissioner at DWD if he is re-elected.

Currently, Braun is self-employed focusing on start-ups and real estate investments. An entrepreneur at heart, Braun founded Braun Technology Group, later Braun Consulting, in 1990, which developed data warehouse and business intelligence solutions for Fortune 1000 companies. At its height in 2001, Braun Consulting employed more than 700 employees in 13 offices across the United States including in Indianapolis, Chicago, Boston, New York, Denver, Dallas, and Minneapolis. In 2004, Fair Isaac Group acquired Braun Consulting. Braun continued to work with the company and managed its worldwide consulting group, consisting of more than 500 consultants, until 2006. Braun was awarded the Indianapolis Business Journal’s “40 Under 40” in 1998 and is a founding contributor of The Oaks Academy in Indianapolis. He earned his Bachelor of Science in Economics from Harvard University.

Braun will assume his new role on Nov. 24, 2014, and he will comply with the 365-day restriction on lobbying the Indiana General Assembly.