You are at:Home»Current in Westfield»Siefker resigns from Westfield Washington School Board 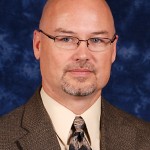 For the second time in the past six months the Westfield Washington School Board has appointed a new member as a result of a resignation.

At its Sept. 16 meeting, the school board accepted the resignation of Tim Siefker, who moved from District 2 to Carmel. By law, Siefker could not continue to serve and had to resign. The change became effective Sept. 22.

“It’s been a tough year for my family, almost two years, and we’ve had to make some hard decisions including move out of the area. We struggled where to go and when to go,” Siefker said. “We moved here for the schools and they didn’t disappoint.”

“We will miss you. We appreciate all you’ve done,” said Tim Gardner, school board president.

Siefker has served as vice president of the board and on the elementary level redistricting.

“In his four years of service, he’s done a fantastic job,” Keen said. “He and Duane (Lutz) worked hard for two years with the city on making a donation to the stadium.”

“It’s been a phenomenal experience with great people,” Siefker said.

The school board has appointed Mary SeRine as Siefker’s replacement. Supt. Dr. Mark Keen said SeRine was the lone District 2 candidate and would have been elected in November’s general election.

“She’ll be the third most veteran board member come Jan. 1,” Keen said.

SeRine has been involved with the Washington Woods Elementary School PTO and is highly recommended by principal Dr. Scott Williams. SeRine, who was not present Sept. 16, will be sworn in at the Oct. 14 board meeting.

“We’re losing a great person, but we are lucky to have someone step in with good insights as well,” Keen said.

The Westfield Washington School Board appointed Amy Pictor in March after Dennis Ells retired last year after serving for 21 years.