You are at:Home»Current in Fishers»Fishers resident appears on ‘Price is Right; gameshow 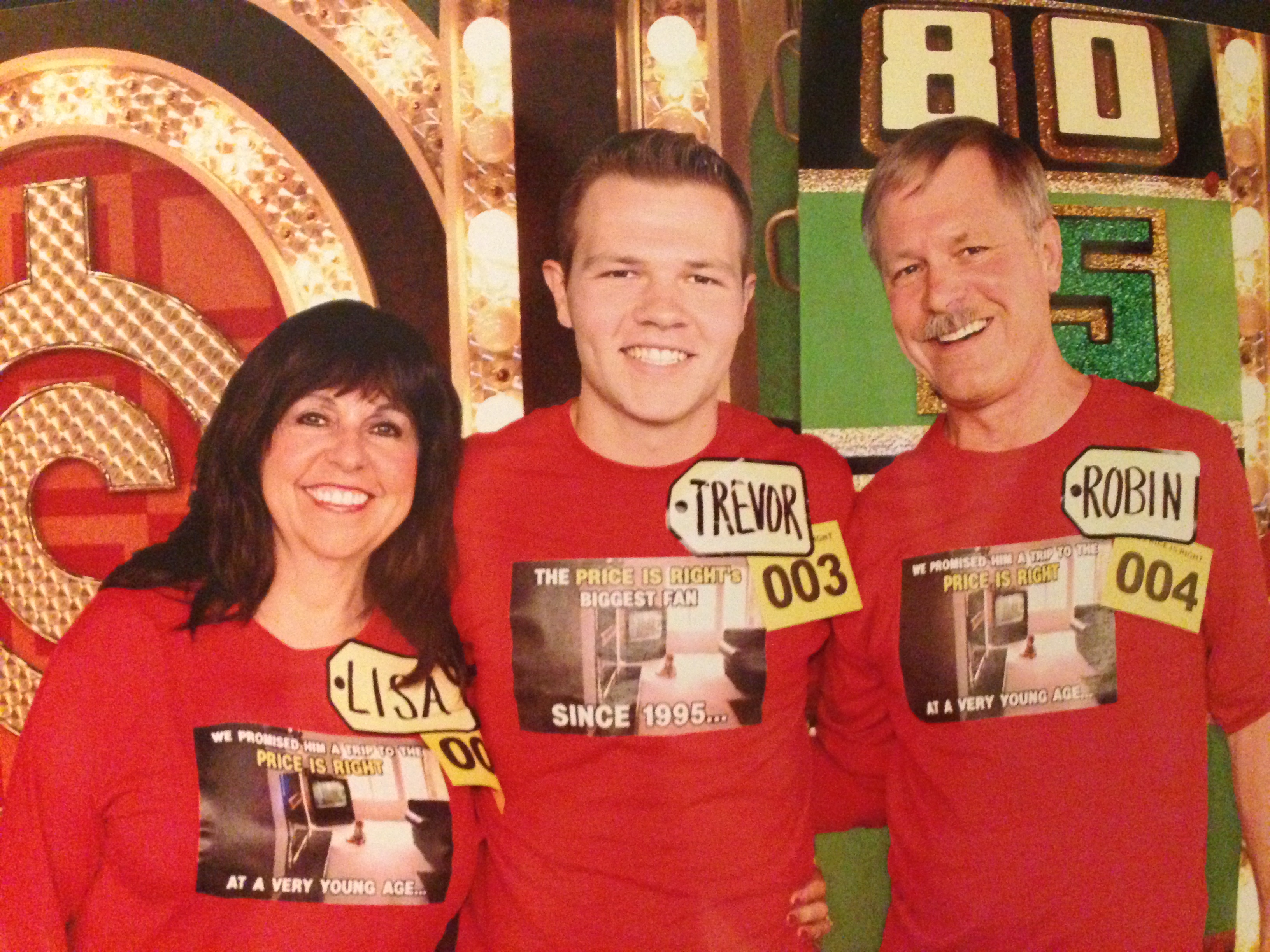 Lisa and Robin Peters kept their promise to their son, Trevor (center) that they made when he was a child. Trevor Peters became a contestant on “The Price is Right” after watching since 1995. (Submitted photo)

As a child Trevor Peters grew up watching the “The Price is Right” and dreaming that one day he would be on the show. His parents promised him one day they would make a trip to Los Angeles and get on the show. Well the dream became a reality when Peters not only got tickets to be on the show but was also called down to be a contestant.

“I’ve dreamed of being on the show since I was a kid,” Peters said. “Every time I was home sick from school I watched it at 11 a.m. My parents promised they would take me.”

Peters and his family traveled to L.A. this summer just for the show. Tickets were purchased three months in advance; they arrived at the studio five hours before the taping of the show and waited in line to be interviewed by a producer to become a contestant.

“We were the first ones in line and we had to fill out a bunch of paperwork,” Peters said. “The studio holds 350 people and the producer interviews all 350 people and you have about a 15-second pitch you give about yourself to make them notice you.”

“The show started and I saw them put a camera in my face but I didn’t really process anything,” said Peters. “It was so loud in there. I couldn’t really hear what the announcer was saying but they held a poster up with my name written on it. I was the very first one to be called down at the beginning of the show.”

On the first bid Peters overbid and did not play the first game but on the second bid he did. He bid $735 for a bicycle and the price was $755.

“I was just going crazy.  It was a dream come true,” said Peters. “I shook Drew Carey’s hand and then the announcer opened the door and it was a new Volkswagen. I ended up losing the car by bidding $1,000 dollars short but I did win the bike. I didn’t win the car but it was still a dream come true.”