You are at:Home»Current in Carmel»Obituary: Sylvia C. Doty 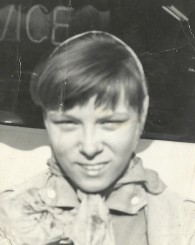 Sylvia C.  Doty, 69 of Sheridan, passed away September 25, 2014.  She was born in Noblesville, IN on August 7, 1945 to the late Lawrence and Irma Campbell Whicker.  Sylvia enjoyed different crafts but particularly stained glass.  For a number of years, Sylvia worked at the Woods Wire Company in Carmel.

In addition to her parents, Sylvia was preceded in death by her husband, Jack who was an Army veteran and grandson, Justin Etchison; brothers, Jack , Lawrence, Glen, Michael and Jerry Whicker; sisters, Leatha and Nellie Whicker.

A Remembrance Gathering will be held in the Sheridan American Legion, Friday, October, 3, 2014 beginning at 4 p.m.  An inurnment will take place in Crown View cemetery one hour prior at 3 p.m.

Please visit www.bussellfamilyfunerals.com and share a memory and leave your condolence.