You are at:Home»Current in Carmel»Column: Gaudi in Barcelona 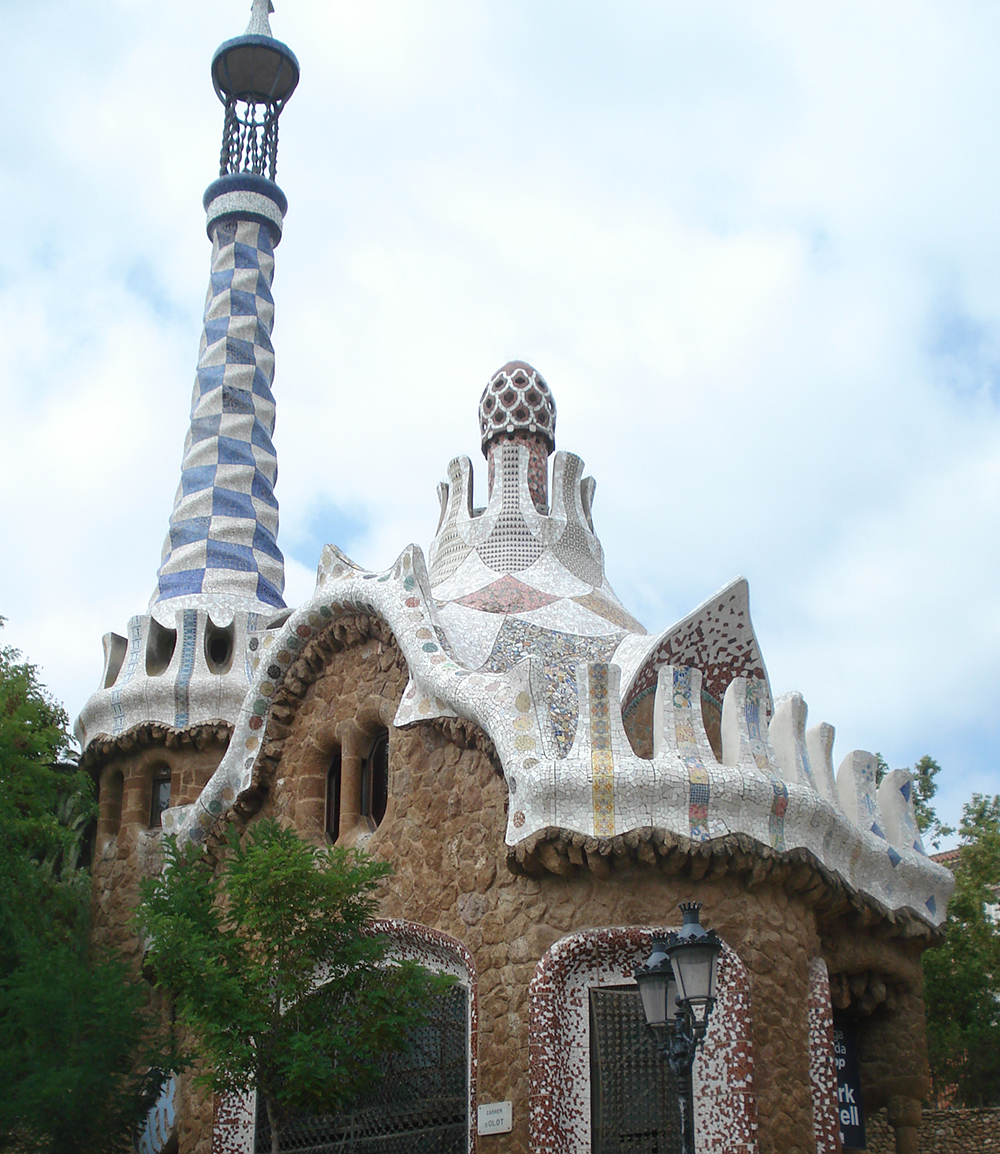 Barcelona’s Park Güell is the site of several Gaudi works, including this house, undulating benches and a Barcelona must-see, the mosaic salamander. (Photo by Lana Bandy)

In a city where there’s a gorgeous building on every street, one Barcelona architect has captured the attention of visitors from all over the world. Antoni Gaudi’s whimsical work is like no other.

Gaudi is known for his “modernist” designs, ornamental decorations and use of materials like colorful mosaic tiles, black wrought iron and ceramics. Some works, such as Park Güell’s colorful houses whose roofs appear to be coated in cake frosting, seem to be straight out of a Grimm’s fairy tale.

Casa Batlló is one of Gaudi’s masterpieces. The colorful building features stained glass, mosaic tiling that fades from blue to green to yellow to orange and curving balconies and roof.

Perhaps the most famous of Gaudi’s work is La Sagrada Familia (“Sacred Family”), a massive (10,000-seat) church started in 1882 that remains unfinished – and still under construction – today. The building is known for its eight intricate spires and grand facades with distinctive sculptures of religious figures, animals and words. The back facade appears to be melting under the sun.

The church is a controversial topic in Barcelona. Some say the building has deviated too far from Gaudi’s original plan; he died in 1926 when just one-fourth of the building was complete, and no blueprints exist. While many consider La Sagrada Familia one of the world’s greatest works, others find it hideous. But there’s no denying its popularity, as it garners more than 2.5 million visitors each year.

The architect spent his entire career in Barcelona and has just a few works elsewhere (all in Spain). While visitors flock to Casa Batlló, Park Güell, La Sagrada Familia and his other buildings (Palau Güell and La Pedrera), Gaudi’s influence can be felt everywhere, as he designed lampposts, monuments and sculptures throughout town as well.

Lana Bandy is co-editor of The Current’s puzzle page and a columnist for Carmel Business Leader. She may be reached at lcbandym@yahoo.com.