You are at:Home»Current in Carmel»Carmel Community»Seidensticker and Kimball to compete for Carmel City Council seat

The first two candidates to officially announce their running for Carmel City Council have been revealed, with community volunteer Bruce Kimball announced as a competitor for incumbent Eric Seidensticker’s Central District seat. We asked both candidates a series of similar questions to show their differences. 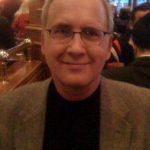 Why did you decide to run for Carmel City Council?

People have been asking me to run for many years. The timing just felt right this time around.

What qualifies you to be a City Councilor?

I’ve been very active as a volunteer in a number of activities. I was on the 4CDC (Carmel City Center Community Development Corporation). I’m a member of the alternative transportation committee for the city. I’ve been a longtime volunteer at the Farmers Market. I’ve been involved in the community. I started a bicycle group called Carmel Pedals. I think I have the ear of the Carmel citizen.

What issues to you are most important in this upcoming election?

I think the issue is for us to maintain where the city is going and slip back to the policies of the 1980s.

How do you differ from the incumbent, Eric Seidensticker?

I think I support the redevelopment of Midtown and the core. An interesting statistic is that median household income in Carmel is $116,000. At City Center, it’s $180,000. It shows you the economic advantages that developing the core as for Carmel.

What is your philosophy for managing the debt in Carmel?

The number one thing you want to do is keep low taxes in Carmel. And the way we keep low taxes is to keep money coming into Carmel and keep reinvesting in the area and our housing stock. When we say debt, I would rather say total investment in Carmel.

What do you love most about Carmel?

It’s a progressive city. When I moved here from Los Angeles more than 20 years ago, I saw it become a leader not only in Indiana, but across the country in meeting the challenges across the globe.

What problems need to be addressed?

One thing we need to do better is create affordable housing for millennials and baby boomers who want to retire and stay in Carmel.

What accomplishments are you most proud of during your time on the council?

The biggest one is representing the people. Their voice. They didn’t have much of a voice before. I’m not egotistical enough to say it was all me, but I was proud to be part of change where council as a whole has recognized the spending and has worked to address it.

What issues to you are the most important in the upcoming election?

The most important one is trying to get people to pay attention to recognize how important it is to cast their vote. Historically, we’ve had a lower voter turnout and I’d love to see people get involved. I know many people would say something about the city but honestly it’s not. It’s about the people and getting them involved in the process.

How do you differ from your opponent?

I’ll have to go and do more research on him. The majority of things that he has said have no great foundation. He obviously talks to insiders, but I work the best I can in world of reality.

What is your philosophy on managing the debt in Carmel?

Don’t spend that which you do not have. Pretty straight forward. We have to look at the real revenue and not estimations and guesses. The real conservative says, ‘Let’s not risk that much.’

What do you love most about Carmel?

Probably, the atmosphere and the people. I was born here and went to school here. People have envied Carmel ever since I was a kid. It’s a smaller city. We don’t need to compete with the huge cities.

What problems need to be addressed?

Managing and updating our existing infrastructure is a big priority. Road repairs. Storm drains. Sewer. Electrical. You can go back to my first election and that was one of my first things. You have to address the things you already have. I guess I don’t consider it a big problem, but it can easily become a problem if we don’t address these things. So I’m always looking at that.