You are at:Home»Current in Westfield»Westfield High School students take on Shakespeare 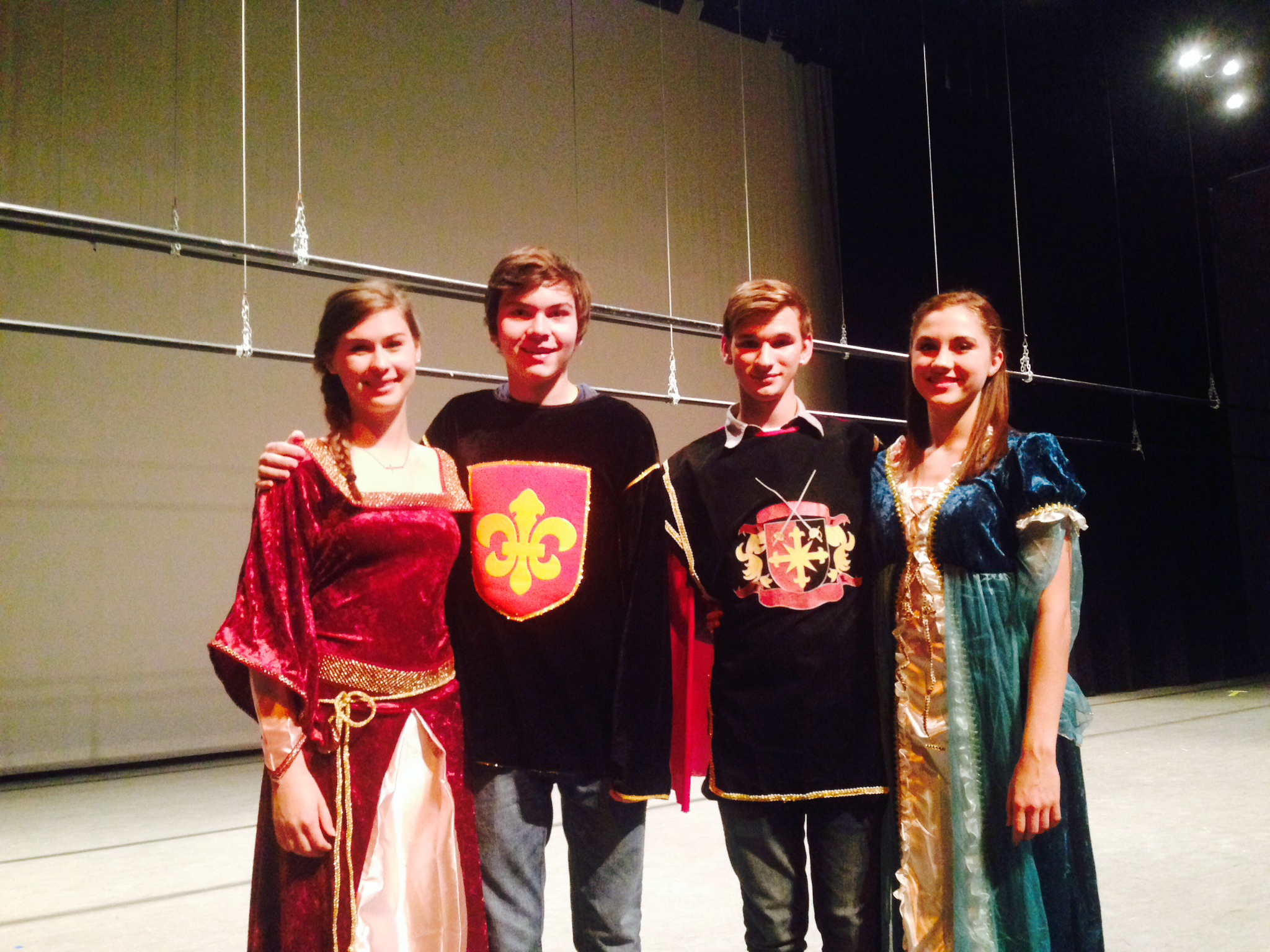 For Westfield High School junior Jonny Robinson, the decision to tackle a Shakespeare play was a welcome one.

“This is something a lot of people don’t get the opportunity to do because Shakespeare is sort of diminishing in high schools, especially,” Robinson said. “I think it’s a good experience to be in a high school play and have that challenge. I think things will be a lot easier after this.”

Westfield’s theater department will hold performances of Shakespeare’s “A Midsummer’s Night’s Dream” at 7 p.m. on Oct. 10 and 11.

“I was excited for this play because it is one of his most famous comedies,” Robinson said.

“Learning the lines is a little harder and it’s kind of a different challenge,” she said. “So it’s been a lot of fun to do something different.”

Westfield English and theater teacher Rhonda Adams, the play’s director, said the language was difficult for the actors.

“They had to learn the rhythm of the lines,” Adams said. “Some are spoken as poems and others are spoken in prose. So that was a challenge.”

Adams said she is amazed how well the students have memorized their lines.

“I set a due date for memorization and they were all memorized way before the due day,” she said.

The students have been rehearsing for the play since early September.

“This is my 23rd year at Westfield and it’s the first time we’ve done Shakespeare,” Adams said. “Not that I haven’t wanted to but the time hasn’t been right or I didn’t feel I had the support. Quentin James, the auditorium director, is doing a fabulous job with the set and lights (as technical director). That allows me to work closely with the actors as far as the language and poetry of the language.”

The Fairies will be performed by Erilyn Briggs, Lily Iriti, Audrey Panyard, Bethany Hayward and Josephine Collier. The Amazon Princesses are Korynne Kalen and Gabriella Mangin. The Athenian Women are Ali Curry and Anna Berndt.

“A Midsummer’s Night’s Dream” will be performed in the WHS auditorium, 18250 N. Union St. Tickets are $7 for adults and $5 for students. Tickets can be purchased at the door (which accepts credit cards) or online at www.totalgatesolutions.com.