You are at:Home»Current in Carmel»Carmel Community»Comedian Dave Dugan brings his  “Dugans Aren’t Losers” comedy tour back to the Soho Cafe in Carmel this Friday 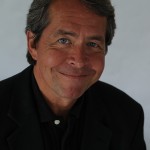 If you saw one of the last two shows, you know that Dugan’s material is varied every show. So, you are going to hear some new stuff.

A regular at the world famous Comedy Store, Dugan also has appeared numerous times on THE ARSENIO HALL SHOW, HBO, COMEDY CENTRAL AND is a long time contributor to the BOB AND TOM SHOW, with two decades of contributions to what has become arguably the most popular morning radio show in the country.

Dugan has made more than 200 appearances on the show, sharing his unique and clean humor with millions of listeners. In addition, Dugan has created and portrayed characters with a huge following, such as the mean-spirited and old-school opinionated, Bart McCallister–who is featured on many classic comedy bits along with Sid Gurney.