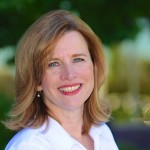 Kids Against Hunger of Central Indiana has a new name and expanded mission. Carmel resident Jill Madinger, who joined the nonprofit as executive director in September, was hired to help make that transition go smoothly.

The fourth annual Million Meal Marathon was held at Lucas Oil Stadium on Nov. 18 as more than 4,000 volunteers packed one million meals in one day. The organization used the opportunity of media coverage to announce the name change to Thrive360° and explain the expanded mission.

Madinger said the mission of Thrive360°  will include the creation of partnerships with other nonprofits and nongovernmental organizations to address needs of the communities it serves.

“We don’t just want to be an organization that delivers food whether it be locally or internationally to a community and then walks away,” Madinger said. “We want to find out what that community needs to help it thrive and be sustainable, whether that is education, farming, medical needs, housing. Then work with other nonprofits so that community doesn’t find itself in those dire straits again and they won’t need emergency food relief.”

The organization has fed 23 million hungry families in Indiana and throughout the world since Carmel residents Dan and Nancy Hintz founded it in 2007.

“They recognized early on that they wanted their children to have an opportunity to participate in volunteer activities but there just weren’t that many things for children to volunteer,” Madinger said.

When they learned about Kids Against Hunger, Dan and Nancy Hintz decided to start an affiliate in Central Indiana.

“Using the meal packing opportunity has created opportunity for thousands of people throughout Central Indiana to participate in these packing events,” Madinger said. “So we hold these packing events at corporate offices, churches and civic organizations. It brings together people of different cultures and from all walks of life with the common denominator of wanting to give back.”

Madinger said the majority of her background is in sales and marketing. However, she did work on the senior leadership team for the Indianapolis-based Kiwanis International for five years.

“That gave me an understanding of working with a large nonprofit,” Madinger said. “Now I’m working for a small nonprofit that has a desire to be a national nonprofit. The goal of our board of directors is we will take Thrive360° national. We recognize we have to re-establish our presence in Indianapolis and make sure our supporters know who we are. Then we’ll also look to expand the organization into other cities throughout the country, sharing our mission, our goal and the food packaging events. Hopefully, we’ll take the concept of the Million Meal Marathon into other cities as well.”

Madinger said the expansion would likely begin in the Midwest.

“We’ve had a tremendous relationship with the Colts and we’re looking to replicate that in cities that also have an NFL team would be something we pursue,” Madinger said.

“The 360 degrees comes from the idea that the people who we are providing service today will become volunteers tomorrow and be able to give back to their own community,” Madinger said.