You are at:Home»Current in Carmel»Carmel Community»What’s the future of mass transit in Carmel?

For those desiring mass transit in Carmel, they might be waiting at the bus stop for a long time.

The IndyExpress bus recently ended its route to Carmel on Dec. 19. The options now for Carmel residents who want to use public transportation are limited to van pools and ride share programs.

People want to know: “Why did it fail?” and “Will we ever have mass transit in Carmel?”

Last week, we looked at the first question and this week we’ll peer into the future.

WHAT’S THE FUTURE OF MASS TRANSIT?

“I think the future of mass transit is still strong if we can get a better system in place,” Finkam said.

One reason that Carmel could build a community that is interested in public transportation is the growth of a dense urban core. New condominiums in the Midtown area, along with fairly new developments such as the Carmel City Center and Sophia Square, might create a clientele that not only wants a walkable city, but somewhere they can commute by bus.

“I look at those new developments as a big reason why Carmel should be a stop,” said Andrew Gast-Bray, executive director of the Central Indiana Regional Transportation Authority, which manages the IndyExpress bus. 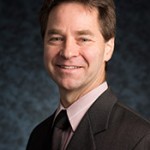 Although CIRTA has pulled the plug on their Carmel route for the time being, Gast-Bray said it doesn’t mean they are giving up on the area. He said the conversation is “far from over.”

In fact, Gast-Bray said if he had more time he would have liked to come to the Carmel City Council with a plan to reinvigorate the service. But that might have cost more than the $30,000 the Council had previously approved.

Although there is a customer base in Carmel that might be interested in taking the bus, the problem is that these are choice riders who don’t see mass transit as a necessity. They can afford to drive a car but they like the idea of helping the environment and being able to work on a laptop while commuting. To appeal to these customers means amenities: Wi-Fi, comfortable seats, affordable rates and flexible routes. It’s not cheap to appeal to a choice rider, but Gast-Bray said it could boost all forms of ridership.

“When you cater to a choice rider, you actually cater to everybody,” he said.

There are several different agencies that work with mass transit. CIRTA was the one that dealt with Carmel because IndyGo hasn’t been able to expand beyond the Marion County borders yet.

Indianapolis business leaders have developed the idea that people who live in surrounding counties – but commute to work in Indianapolis – should pay a tax because they drive on Marion County roads and put wear-and-tear on the infrastructure.

But even mentioning the commuter tax in conversations about mass transit makes some Carmel leaders very nervous. City Councilor Ron Carter said it has hurt discussions.

“This tax makes this conversation not just a little more uncomfortable, but very uncomfortable,” he said. “I can’t vote for an easier method to export our taxes via a commuter tax.”

There’s talk of a referendum on the ballot in 2016 to determine if taxpayers want to pay for mass transit between Carmel and Indianapolis.

“Without saying whether it should or shouldn’t be done, I think that will be a good public discussion,” Carmel Mayor Jim Brainard said.

In the meantime, Gast-Bray said he’s coming up with other options to serve Carmel residents. He said van pools have “stepped up big time to fill the need” and there’s a ride-share program available on CIRTA’s Web site.