You are at:Home»Current in Carmel»Carmel Community»Plan Commission recommends rezoning house on Main Street

The Carmel Plan Commission is giving a positive recommendation for rezoning a piece of residential land in the Carmel Arts & Design District for business purposes. 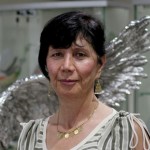 Soori Ardalan, owner of Soori Gallery nearby, is looking to take 0.33 acres of land located at 321 W. Main St., across from the Beauty Lounge, and tear down the existing house to build a business structure similar to the size of the nearby Evan Lurie building.

There were initially some concerns because it was the city’s hope to have the entire area rezoned at once instead of just rezoning one property piecemeal. Carmel Mayor Jim Brainard told Current that he liked the idea and want to see the property owners get together to discuss a larger rezone.

According to the plan commission report, Ardalan had not gotten any other neighbors on board will a full block rezone, but they weren’t opposed to Ardalan rezoning her property.

“Several committee members voiced concern about only one property being rezoned, especially since there is no proposed plan,” the report reads. “There was concern about the potential for a three -story building to be built on the property next to existing homes. Committee (members) thought it would be best for the whole block to be rezoned and was in favor of that.”

The report states that all but one property is under the same ownership and that the city could work to try to encourage rezoning the entire block. Since Ardalan’s timeline is a year to a year and half, the report said that commissioners felt that gives the city plenty of time and it received a 4-1 favorable recommendation to the entire commission. Commissioner Nick Kestner was not in favor.