You are at:Home»Current in Carmel»Obituary: Eleanor Esther Osborn 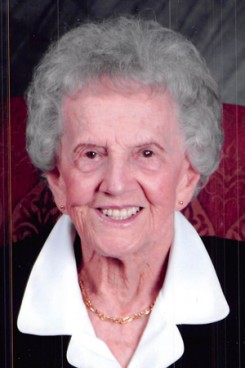 Eleanor Esther Osborn, 99, died Jan. 30, at her residence at Sunrise Senior Living, in Carmel. Eleanor was born in Goshen, Ind. on October 17, 1915, to Elwood E. and Ruth (Lehman) Landis, and spent most of her adult life in Birmingham, Michigan. She was preceded in death by her husband, Richard J. Osborn, and son, Richard L. Osborn.  She is survived by children, Victoria (Bill) Matishen of Somerdale, N.J., Joan (Rick) Henkle of Carmel and Mark (Thang) Osborn of Palo Alto, California and her seven grandchildren, Andrew (Vera) Matishen of Highland, Utah, Rachel (Eric) Flickenger of Williamstown, NJ, David Matishen of Somerdale, NJ, Jeffrey (Sarah) Henkle of Zionsville, Ben Henkle of Boston, Greg Henkle of Chicago, IL, and Alison (Tom) Grant of Canterbury Kent, UK.  Eleanor was also great grandmother to ten great-grandchildren. She was a beloved, longtime friend to an extraordinary number of people including extended family members and in-laws.  She was an avid golfer into her late eighties, and was active in the events of Oakland Hills Country Club of Bloomfield, Michigan.  She enjoyed traveling, sewing, knitting, bridge, and taking family vacations with her children and grandchildren.  She was well known as one who seldom complained and never had an unkind word to say about anyone.