Prepare to get tangled up in the Pyramid Players’ and Beef & Boards Dinner Theatre’s production of “Charlotte’s Web” coming this February.

“Charlotte’s Web” is the first production in the 2015 Live Theatre for Kids series at Beef & Boards. The performances, organized by the Pyramid Players, are for all ages, but offered with elementary students in mind. Children also have the opportunity to meet the cast after each show for pictures and autographs. 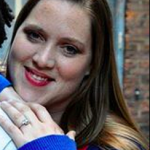 “Charlotte’s Web” tells the tale of Wilbur, a young runt pig with the dream to live a long life. Shunned by the rest of the farm animals, Wilbur is left alone until the kind spider Charlotte weaves a message above his barn stall, declaring him “some pig.”

Director Elizabeth Stark says she looks for the differences and similarities in children’s theatre that adults can also appreciate.

“It’s completely different when it comes to children’s theatre,” Stark said. “You have to be more focused. This is the show where anything goes in the audience. You’re not going to be able to keep your kids quiet. Laughing and shouting at any moment.”

Stark also says the expectations onstage for actors can be wildly different from your usual adult theatre show.

“I know just from going to college and taking theatre classes, something that always helps are pantomime classes where you’re having to pretend more normally,” Stark said. “You have to sync completely differently when the props aren’t around you and the set’s not around you. We’re always running.”

Stark specifically chose actors she felt would be comfortable in a high-energy atmosphere not only inherent in children’s theatre, but to Beef & Boards rehearsal schedules. “Charlotte’s Web” will begin rehearsals only a week before their opening performance.

“It’s nice to bring back actors who’ve done children’s shows before,” Stark said. “They’re recognizable to audience members. It makes it feel like a group. The actors also do autographs for the kids.”

Stark hopes the show will appeal to both parents and their children, given that “Charlotte’s Web” was published in 1952, plenty of time for it to become regarded as a classic for the parents of young viewers.

“I know I have fond memories of reading ‘Charlotte’s Web,’” Stark said. “It’s fun to translate that onto a stage show. Kids come and it’s new. It’s a bonding experience. You watch the parents watching the kids.”

Make no mistake, “Charlotte’s Web” aims to be a brief, hour-long adventure into theatre for young attendees.

“I went to see ‘Marvel Live,’” Stark said. “That’s fun for the kids obviously, but it’s more expensive to go there. After all was said and done, I spent $200 on toys, snacks and parking. This is something very cheap and an intimate environment. They get a more hands on experience. That’s something parents can take home.”