You are at:Home»Night & Day»Explore family life in ‘August: Osage County’ 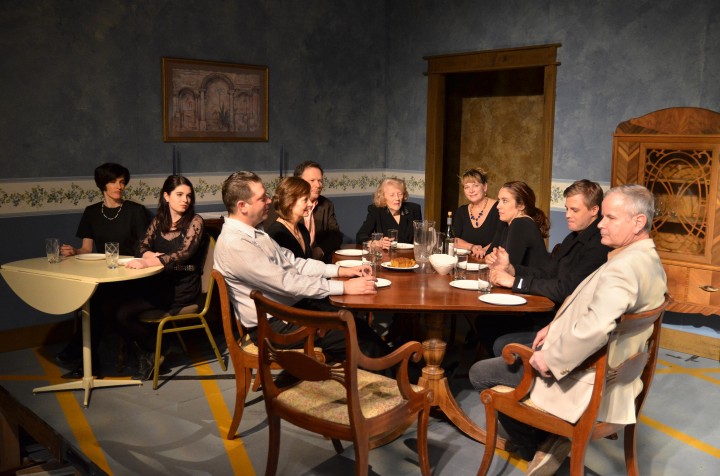 Take every difficult family situation you can imagine and roll it into one show and you have “August: Osage County”. The Pulitzer Prize winning drama by Tracy Letts will be brought to life by the Carmel Community Players (CCP) Feb. 13-March 1.

“I think that everyone watching will be able to relate to at least one situation they may have dealt with in their own family, whether it’s addiction, suicide, divorce or aging parents,” said show producer, Rita Krauter. “I would not say the plot is enjoyable; darkly humorous, yes, but often quite painful.”

Krauter CCP usually will “play it safe” with show selections so as not to offend anyone.

“‘August: Osage County’ pushes the envelope in terms of language and adult themes but it is an award winning piece of serious theater that we felt the community has the right to experience,” she said. “This intense, adult drama is quite a stretch from the musical theater productions I have been coordinating for the past three years with Christian Youth Theater.”

Laura Kuhn, the show’s assistant director, said it offered this “many dream roles” for actors.

“Each character has his or her own set of unnerving circumstances. While some handle it better than others, there is not a single superfluous role in the entire play,” Kuhn said. “Everyone gets the chance to explore the depths of despair, anger, frustration, helplessness, etc. Never has there been a better opportunity to show an actor’s full range.”

Kuhn said her love for “August: Osage County” was born in college where she “dissected it for multiple projects, looking to understand the intensity of the characters.”

“What I have discovered through years of research is that while some of these people may seem like heartless monsters, they are all driven by their own pain,” she said. “Just as in real life, pain and fear often come across as anger. These characters have built walls around themselves, in reaction to the disappointment they have each had to endure at the hands of those they love most. Survival instincts kick in, and we are invited to watch as the world crumbles around them.”