You are at:Home»Current in Zionsville»Legion of Blues returns for another season of live, local music 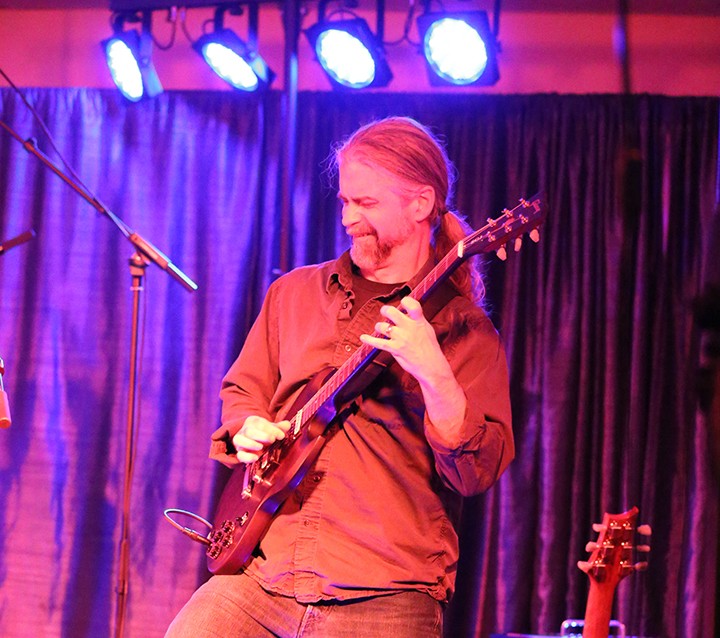 Casey Harshbarger, originally from Zionsville, rocks out on lead guitar for The Warrior Kings during the Legion of Blues show Jan. 31. (Photo by Ann Marie Shambaugh)

The Legion of Blues concert series picked up right where it left off last year with its first show of the season on Jan. 31. Audience members of all ages filled the American Legion Post No. 79 to watch Brownsburg trio The Breakes and Indianapolis-based The Warrior Kings rock the stage.

Tim McLaughlin of Zionsville launched the concert series – originally known as Blues on the Bricks – in 2013 to bring quality live music to his hometown.

“I want folks to have a good time,” McLaughlin said. “These performances make for a night of great music near your home, without the drive to Indianapolis.”

Other concerts this year are planned to take place in April, July and October. McLaughlin is hoping to turn the July show into a major outdoor event “if all the pieces fall into place,” he said. Normally all shows take place at the American Legion in Zionsville and include a $5 cover charge.

Most musicians selected to perform at Legion of Blues are from central Indiana, although McLaughlin has been in touch with bands from as far away as Boston, Chicago and Duluth.

The next concert is expected to take place the last Saturday in April. McLaughlin is still working to finalize the lineup.

“The full musical experience is here in Zionsville,” McLaughlin said. “Outside the Lincoln Park Concert Series, this series is one of the few that have a full band, full volume music experience.”