You are at:Home»Current in Zionsville»Learning from the Masterworks 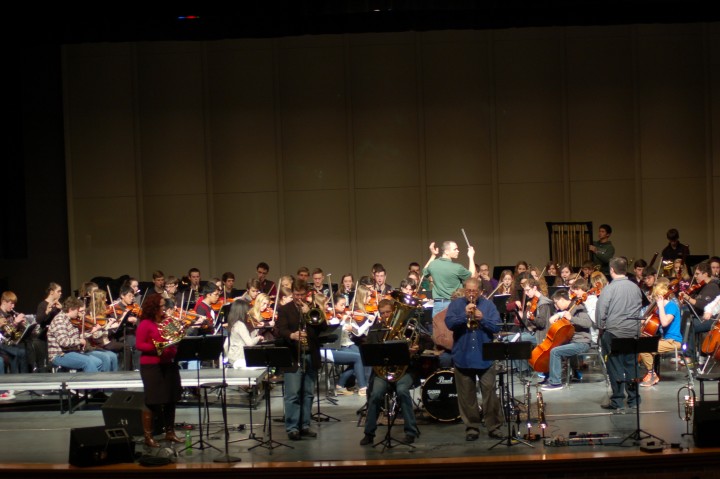 Brass ensemble Masterworks 6 met with Zionsville Community High School students to rehearse with the wind ensemble and chamber strings students who would perform with them Feb. 6. (Photo by Heather Lusk)

During rehearsal, Larry Powell, a Masterworks 6 trumpet player, told the students that his favorite place to perform is always wherever he opens his trumpet case. Landrum felt that the message of the love of performing and making music was an important one for the students.

“They were a really great group of musicians to be able to make the connection that they did with the students,” Landrum said.

Later in the day the brass ensemble met with high school jazz students and “gave them tons of feedback on ways to perform at a more professional level,” Landrum said.

During rehearsal the wind ensemble and chamber strings students were treated to the Masterworks 6 rendition of Frankenstein by the Edgar Winter Group. An estimated 600 people attended the performance that evening at the Zionsville Performing Arts Center.