You are at:Home»Current in Zionsville»ISTEP+ is shorter than expected, but still long for Indiana kids 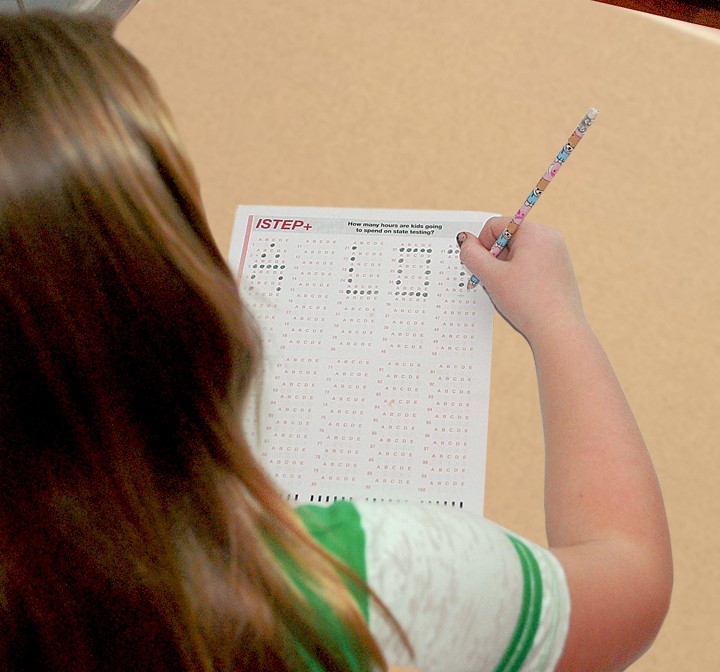 Indiana students may be seeing some major changes to their ISTEP+ tests this year, though they may not be filling in as many bubbles with heavy dark marks as initially planned.

The 2015 ISTEP+ test, to be administered to more than 400,000 students in grades three through eight, was originally expected to undergo changes that would’ve lengthened the exam by as much as seven hours, more than doubling its size from previous years.

That news prompted an outcry from parents across Indiana, including Nancy Genatiempo of Zionsville. She has a third grade son at Boone Meadow Elementary set to take the test for the first time.

“I feel that his teachers have all prepared him well for an exam, but the stamina for this test is unrealistic. He is a 9-year-old boy. I’m sure at some point he may just give up and mark anything to be done,” she said. “This is an unrealistic snap shot of what he knows. This hurts his scores, his teacher’s evaluation and the school’s and district’s grade.”

Andy Lamaster, a Zionsville resident and teacher at Lawrence Central High School, said that he’s already seen the impact of the changes in his classroom, and it hasn’t been good.

“I see firsthand the stress and anxiety many students face,” he said. “A common question they ask is ‘What’s going to happen to me if I fail this test?’ There is sense of failure, of fear and frustration in their minds that they are only seen as a test score. I believe students know a lot more than a test score can show.”

The lengthened test in part resulted from the Department of Education’s lack of a pilot test that would’ve sampled the validity of questions on a smaller subset of students before issuing it to the entire state.

“Since the Department of Education didn’t do the pilot test, as it said it would, they are making the whole spring ISTEP+ a pilot. That means they will determine which questions will apply to the student’s score after they grade the results,” stated Marc Lotter, director of external relations for the Indiana State Board of Education. “When the State Board asked the DOE about this in September, they said it would only add a few questions. As you can see, it did a lot more than that.”

Jenny Froehle, chief academic officer for Zionsville Community Schools, said that the tests are also longer this year because the state must administer its normal assessment as well as complete tests required by states that received a federal waiver that allows flexibility on some provisions of the No Child Left Behind law.

“The requirements of the state law and the federal law have overlapped causing a longer test this year due to the creation of field testing of new items addressing our new state standards,” she said. “IDOE representatives have stated that we can expect the test to be shorter in the future when we are not attempting to meet these double requirements.”

On Feb. 9, the DOE was taken to task by Gov. Mike Pence, who issued an executive order to cut the length of the exam back down to around six hours.

“Parents and teachers across Indiana are stunned and outraged at this news, and so am I,” Pence said during a press conference. “I am committed to seeing this test through and to bring common sense to shorten it for Hoosier families.”

In order to find ways to reduce test times, officials are in contact with nationally-recognized experts on assessments which, according to Pence’s statements, may include making the social studies and reading portions of the exam more concise. However, in spite of the executive order, final say on the length of the test still rests with state superintendent Glenda Ritz and the DOE.

Zionsville Community Schools has embraced virtualization, which allows students and teachers to access software and learning materials online through any device that can connect to the Internet. The virtualization process is expected to save the district classroom space and money, but it also comes with an added – and immediate – benefit.

Students will be able to take the ISTEP+ tests at the same time first thing in the morning rather than rotating through computer labs throughout the day. Officials expect that this will allow all students to test when they are able to focus more easily.