You are at:Home»Current in Carmel»Carmel Community»Carmel Library director to step down in June 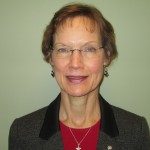 Wendy Phillips has seen immense changes in her 35 years at the Carmel Public Library.

Phillips, who announced in early January she is retiring at the end of June, has been the director since 2000.

The biggest one was when the library moved to its present location (55 4th Ave. SE) in 1999 from its previous location on Main Street across from the high school. That is now the Community Life and Learning Center.

“This is three times the size of the old library and we doubled the staff when we moved,” said Phillips, who turns 66 on April 28. “There were a lot more people to serve.”

The library has a staff of 105, including many part-time employees.

Naturally, technology has made a huge difference in the way the staff provides service.

“From the card catalog to online data base and no card catalog,” Phillips said. “We wired the building. But now so many things are wireless. Wireless technology has created a lot of change for us.”

Phillips said technology has taken much of the manual process out of the check-in procedure. There is a chip in the item so when it is checked in, the staff knows where it goes on the shelf.

“With the 24/7 access to materials, you don’t have to come to a library physically anymore,” Phillips said. “We set up a remote dropbox (at CVS Pharmacy on 131st Street and Towne Road) on the west side so people could return materials without having to come back to the library every time. We have a delivery service that picks them up and brings them back.”

Phillips said there is a mobile library planned for early summer.

“We’ll be able to go to senior centers, to schools, to parks, to day cares, to civic events,” Phillips said. “So we’ll have a library on wheels. There will be books, CDs and DVDs to check out.”

Determining the best part of her tenure is easy.

“Building relationships in the community is really something that I will take with me,” Phillips said.

Phillips said she announced her retirement in January to give the library board plenty of time to find her successor.

Phillips said some might question the relevancy of a library in the internet age.

Phillips pointed out in 2013 the Carmel Public Library exceeded two million circulation (check-outs) for the first time. In 2014, the figured increased to 2.1 million.

“This community has really responded to the library and uses it heavily,” Phillips said. “That’s very rewarding.”