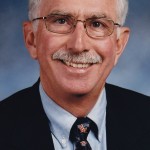 For the past 19 years, Dr. Mark Keen has led Westfield Washington Schools. Now, Keen is looking to lead the community as the Westfield City Council District 1 representative.

“We do surveys of the community. I know a lot of things of what people like and don’t like,” he said. “I especially understand the community and its growth.”

Keen, 67, is involved with the Grand Park committee, cultural arts alliance and master comprehensive plan. His work with the district makes him keenly aware of the tax rate and impact of TIF districts.

“I think I can add a lot to the conversation,” he said. “As you develop, high quality is something extremely important to people. As we see taxes going down, our ability to provide amenities goes up. It’s a really nice cycle ahead.”

Keen’s contract with the school district runs through June 2016, after which point he said he has considered retiring. Keen said he sees no issues with serving as superintendent and city councilor in Westfield.

“There are superintendents in the state legislator,” he said. “There are very few decisions that are made that would be a conflict of interest but I’m ultrasensitive to that.”

If elected he would be serving in both roles for less than half of his term.

“I want no appearance of conflict of interest, but that doesn’t prevent me from talking about it in some cases. There is very little impact on the other,” Keen said.

Keen said he is running to give back to the community and would use his working relationships with community leaders.

“The community has been for me and my family,” he said. “I will only do one term. It’s a four-year thing and that’s going to be it.”

Keen said his biggest goal is “making sure I’m an active listener to what people want.” He also wants items fully vetted before spending taxpayer funds.

Two-term incumbent Rob Stokes did not file for re-election for District 1.

The Republican primary candidate filings for May’s election include:

*There were no Democrat candidates filed.