You are at:Home»Current in Carmel»Carmel Community»Former Carmel Plan Commission member to run for at-large council seat 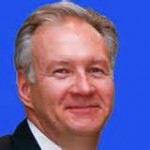 Ron Houck, a longtime Carmel resident and City Council candidate in 2011, has decided to throw his hat in the ring and run against two incumbents for an at-large seat on the Carmel City Council.

Houck has worked for Eli Lilly for 20 years in the IT department. In addition, he’s previously served 10 years on the Carmel Plan Commission and eight years on the Clay Township Regional Waste District. He’s lived in Carmel since 1985. Houck and his wife Pamela have three children, two sons who are 40 and 36 years old and a daughter who is 32.

He said he wanted to run again because he’s concerned about the city’s debt level and he wants to add a voice of fiscal responsibility to the council.

“For me, the philosophy that I would bring is keeping Carmel moving forward in a fiscally responsible way,” he said. “And I think some of the transparency when it comes to fiscal decision – and this goes beyond city council such as the CRC – just hasn’t been there.”

Houck lives in the southwest district but he said he decided to run at-large because he respects current district incumbent Carol Schleif.

It was widely expected that Carter and Rider were going to seek re-eleciton.

“I am always pleased to see citizens step forward to work for the city,” Carter said in a released statement. “I look forward to engaging Mr. Houck during the campaign about all the various issues that a Council member has to be familiar with. I believe that my experience working with neighborhoods throughout the city, from both the east and the west sides of town, will be an advantage for me.”