You are at:Home»Current in Westfield»Proposed public safety training center

The plans for the Hamilton County Public Safety Training Center are scheduled to go before the county council for funding approval in the next month. But the estimated $3 million project still needs more supporters on board if it has a chance of getting approved. 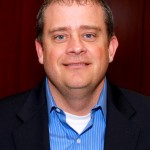 “We’ve been working as a group for quite a while on the project,” Noblesville Deputy Mayor Mike Hendricks said. “It’s a great start to get new equipment to provide the best training possible for public safety employees. It’s key to do their job safer and better for our citizens.”

Proposed plans for the 96 acres, owned by Westfield on River Road in Noblesville, include a multi-story burn tower, a 20-line weapons training and qualifications range, infrastructure for roads and a small building for classrooms, equipment and bathrooms. The potential additions would provide local training areas that currently require a drive or are not found in Central Indiana.

Fishers, Noblesville and Westfield have each approved resolutions backing the project and are prepared to financially contribute up to $40,000 annually in operating costs but Carmel has yet to decide its action.

“I need to know exactly what it costs,” said Rick Sharp, Carmel City Council president and mayoral candidate. “I need to know who would do the construction. I’m not making any comment on what’s going through the minds of my colleagues in other municipalities, but for me I don’t think I received enough information yet to move forward.”

Carmel Mayor Jim Brainard said it’s important to know exactly what the annual operating costs will be because it’s possible that the $40,000 commitment could end up being much more if plans change.

“We want to do what’s best for the taxpayer and training needs to be done and done well,” Brainard said. “We just don’t want to get into a long-term money pit.”

If Carmel does not join in, the resolutions already approved would be dissolved. One potential option is to have Carmel’s amount divided amongst the others. Hendricks said the decision for further support if that happens depends on the price tag.

“It goes back to dollars,” he said. “How will the amount be divided and what will the cost be? I haven’t been told yes we will (approve a new resolution) because we don’t know what the funding will look like.”

“If the county council tries to do its due diligence on behalf of taxpayers when it comes to the training center, we will be painted as anti-public safety,” Glynn stated.

McKinney said the county has several responsibilities it is happy to provide to residents, but firefighting is not one. He said he would be more comfortable paying half of the $3 million for the construction instead of the whole amount and have $1.5 million to be split equally with all the entities. 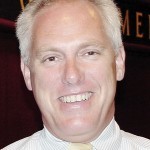 “That’s where I’m at,” McKinney said. “I want those guys to have top notch training. We have other public safety expenses with emergency management agency and the sheriff’s office.”

Some of the concerns McKinney has are who will be responsible for the facility, funding and the usage.

“We’ve had nothing in writing given to us. Verbally its blue skies, everybody will use it. It will bring in economic development and tourism. I truly think that is a bunch of malarkey,” he said. “There is not a shred of evidence for that. Who are they going to get to use it?”

McKinney said while the commissioners may present support from the county’s four cities, he is looking for more.

“I’m still looking for other townships as well,” he said. “I’m very skeptical. There are lots of other very pressing needs in the county.”