You are at:Home»Current in Carmel»Carmel Community»Carmel resident set to reshape Indianapolis Opera 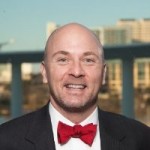 Although the Indianapolis Opera has shut down for nearly a year, Kevin Patterson is optimistic about the organization’s future.

The Carmel resident was named the general director of the Indianapolis Opera earlier this month.

“The unique opportunity for Indianapolis Opera is it is essentially starting with a clean slate,” Patterson said. “That gives the company the opportunity to do a lot of things that other opera companies and arts organizations aren’t able to do.”

Indianapolis Opera shut down for the 2014-15 season with the last performance in March 2014.

“It’s been dark while it been assessing its future,” Patterson said. “Unlike many arts companies, Indianapolis Opera has no debt and has working capital in the bank for programming in the future. We have a strong base of loyal donors and we are thankful for our foundation funders for hanging with us during this time.”

Patterson, who grew up in Indianapolis, had been the executive director of the Anchorage Opera before leaving that post on July 30 to return with his wife and daughter to Indianapolis area to work as a consultant for non-profit groups. Patterson wanted to return to be closer to relatives.

“When you move to Alaska, people say that’s wonderful we’ll visit you,” said the 46-year-old Patterson, a graduate of Warren Central High School and the Indiana University Jacobs School of Music. “In reality no one ever does. It’s like flying to Europe.”

Patterson also has been the general director of the Austin (Texas) Lyric Opera.

Patterson said many of the non-profit art organizations he had been consulting with have severe problems.

“More companies would benefit from stopping and say hold on a minute rather than hurdling forward,” Patterson said. “What gets a lot of art organizations in trouble is they feel beholden to putting on the next season. They get on a train that doesn’t have any brakes and they feel they have to keep going.

“Thanks to the generosity of the Lilly Endowment, a donor base and some successful fundraisers, we were able to stop and say what is our future and what do we want it to be. It is going to pay some pretty significant dividends as we move forward over the next 12 to 18 months.”

The performance and production side shut down, but Patterson said many on the administrative side kept working.