You are at:Home»Current in Zionsville»Column: Visit where Jesus wept 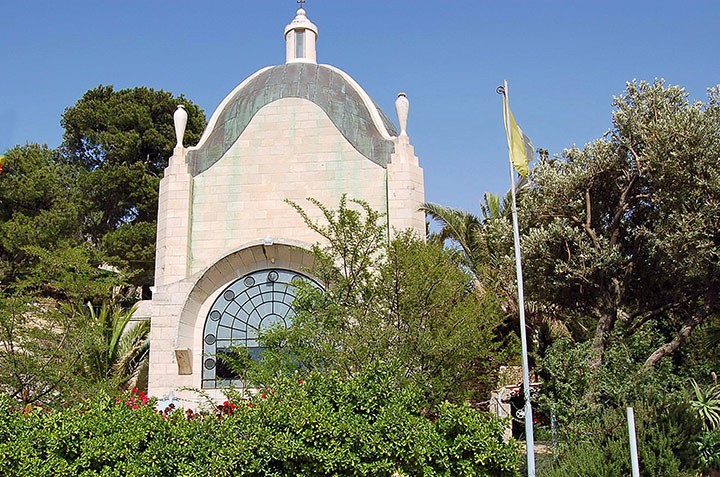 On the day Christians remember as the first Palm Sunday, Jesus rode a donkey down the Mount of Olives from Bethpage to Jerusalem. All four Gospels report that Jewish followers acknowledged him as their Messiah by strewing branches (or coats) in his path, an event memorialized in a church near where the so-called “triumphal journey” began. Another church about halfway down the hill honors a less-well-known event during Jesus’ ride. Its construction unearthed some tantalizing suggestions about his earliest followers.

Jesus’ ride to Jerusalem followed a narrow road heading west toward the Kidron Valley that lies between the Mount of Olives and the eastern wall of the Temple Mount. According to the Gospel of Luke, as Jesus neared Jerusalem and saw the gleaming Temple, he wept as he contemplated the city’s impending siege and destruction. In 70 A.D., as he reportedly predicted, Roman soldiers demolished the Temple following a long and deadly siege of Jerusalem.

Because the Gospel of Luke was written after the destruction of the Temple, many Biblical scholars believe hindsight played a role in the report of Jesus’ prophetic weeping. The Crusaders who conquered Jerusalem in 1099 were not so skeptical. Desiring to plant a church wherever they could identify a Biblical tradition, Crusaders built a church where they believed Jesus had wept for the city. The church became a mosque when Saladin recaptured Jerusalem in 1187 and later fell into ruins. In the 1950s, the Franciscans built a church known as “Dominus Flevit” (the Lord Wept) near the site of the original Crusader church. The small church, in the form of a teardrop, honors Luke’s story of Jesus’ weeping. An arched window beside a “crown of thorns bush” provides a spectacular view of the Temple Mount and the Dome of the Rock now atop it.

During construction of Dominus Flevit, workers uncovered small stone boxes called “ossuaries” first century Jews used to store the bones of their dead. A few ossuaries include what some believe are Christian markings, perhaps indicating that people who welcomed Jesus on the first Palm Sunday may have chosen to rest forever along his path.