You are at:Home»Current in Carmel»Carmel Community»Carmel nonprofit to honor “Big Stars” 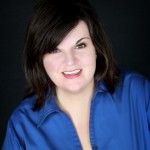 An area nonprofit is getting ready to honor its “Big Stars” in April.

Little Star Center, an organization that works with children, teens and young adults who have autism, is honoring 500 supporters and groups called Big Stars who have helped to advance autism programs, services, and general understanding in the state of Indiana. Their contributions consist of in-kind support, advocacy through legislation, and cash donations for scholarships.

April is Autism Awareness Month. It’s a time that shows appreciation for people, organizations and companies that do what Little Star’s Big Stars do, but on a national level. Starting April 1, Little Star will share one success story of a family, staff or a “Big Star” each day throughout the month on Facebook, Twitter and their website’s blog. That same day, each Big Star will receive a personal letter thanking them for their contribution.

Autism is a lifelong, neurological condition, and affects those who have it differently. For some people, their communication skills, social skills and cognitive abilities are affected, and for others, their social skills are affected more. It’s a spectrum disorder, according to Little Star executive director Mary Rosswurm, and one in 68 children are diagnosed with it.

Rosswurm said she feels that it’s an amazing privilege to work with autistic children and their families at Little Star. She says she can relate to the families because her 24-year-old son, Brad, is autistic, and wants families to know they’re not alone.