You are at:Home»Current in Carmel»Carmel Community»Hamilton County candidates eye for Sen. Coats’ seat

After the recent news that U.S. Sen Dan Coats won’t seek reelection in 2016, speculation has begun about who might be interested in seeking the nomination to run for this seat.

In Hamilton County, several Republican names have been thrown out as possibilities, including State Sen. Mike Delph and U.S. Rep. Susan Brooks. 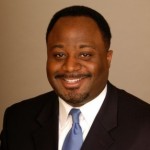 Abdul Hakim-Shabazz, a local radio personality and political commentator, said he thinks many names might be thrown out and that it’s a totally different race running for a nomination as opposed to winning in a general election. Some names might be rewarded for appealing to the Republican base.

“Republican primary voters already tend to be more conservative anyway,” he said. “The thing about the U.S. Senate race, the democrats don’t necessarily have the biggest bench in the world, so that helps the Republicans.”

Shabazz said it’s hard to pick a favorite now, but he expects Brooks and Delph to be hot names.

“Susan and Mike both expressed interest and you have to keep an eye on them. Everybody’s got a strength and everybody’s got a weakness,” he said. “The Congress people are usually well known in their congressional district but not statewide.”

“Over the last 48 hours, I, like other Republican leaders across our state, have been receiving encouragement to consider running for this open seat,” she wrote. “It’s humbling to have that consideration and support, but as Senator Coats showed us with his deliberation over the last several months, it’s not a decision to make quickly or lightly. So I wanted to share with you first, my friends and supporters who have invested so much in my campaigns and service in the House, that I will take some time in the near term to talk to Republicans around the state about what they are looking for in our nominee for 2016. We certainly want to continue the principled leadership that Senator Coats has practiced over his term.”

Brooks said there would be stiff competition.

“Indiana Republicans are fortunate to have probably the deepest bench of capable leaders of any state in the country,” she wrote. “That fact is not lost on me as I consider a candidacy that could put me up against some of my friends and colleagues who are also running or considering it. But a vigorous, well run primary, based on good ideas and focused on a constructive debate about the future of America, can be very beneficial to our party and our state.”

Delph confirmed not just that he would consider running, but he was “interested” and talked up his ability to win even if he’s an underdog.

“In less than 24 hours, I have heard from supporters and well wishers from across the state of Indiana encouraging me to consider running for the United States Senate,” the statement read. “I will be honest to let you know that I am interested in considering this opportunity.  I know there are many “big names,” both Democrat and Republican, that are in the mix.  But I have been an underdog before and have proven time and time again that I know how to win even against steep odds, all the while holding firm to my beliefs and value system.  This campaign, if I chose to enter it, would be no different.  Faith, freedom, and family used to mean something in America and in Indiana.  Now, according to the cultural and media elite, if you espouse such positions you are considered old fashion and politically incorrect.  This needs to be confronted in this campaign.”

Delph talked to Current in Carmel over the phone but said that he didn’t want to elaborate on his comments and wished to just stick to his statement.

Shabazz said Holcomb might have a head start over Delph due to the legislative session.

“If Delph were to get in, he couldn’t really do anything or actively campaign until after the session,” he said. “So that gives him thirty days behind the curve.”

Although his congressional district doesn’t creep into Carmel – the closest it comes is Danville – Rokita is well known in Carmel. His wife recently held an event in Carmel to help raise awareness for Angelman’s Syndrome, a genetic disorder that their son Teddy has. Teddy attends the Little Star Center in Carmel.

Shabazz said he thinks Rokita might be more interested in running for governor if Pence doesn’t run again or is term-limited in 2020.

“Kathy and I are actively weighing how our family can best serve Indiana over the next several years. I want to talk to Hoosiers about how my experience as your Secretary of State and now how my leadership in the U.S. House can best be utilized in the U.S. Senate,” he wrote.

“I talked with my friends in the delegation and I understand several of them are also weighing the same considerations, as they should be,” he wrote. “Our party’s decision about who is best prepared to succeed Dan Coats in the U.S. Senate is a critical one that should not be taken lightly or made hastily.”