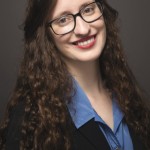 González Souto, from Buenos Aires, Argentina, will receive Bachelor of Arts degrees in political science, psychology and French, all at the College of Arts and Sciences. She has also completed an honors thesis in political science, for which she traveled to three European states in November to attend conferences and present preliminary findings. She has recently gained admission into the University of Cambridge to complete an M.Phil. in international relations and politics.

For IU commencement, she was chosen by a committee made up of faculty, staff and students to address approximately 34,000 graduates, family members and friends.

“Mara stands out among many extraordinarily accomplished students who will graduate this spring from IU Bloomington,” Vice Provost for Undergraduate Education Dennis Groth said. “Her academic achievement, her leadership and her passion on issues of civic engagement and international human rights are exemplary. I congratulate her on being selected to represent the senior class at commencement.”

“In the last four years, I have sought intellectual challenges, creativity and as much activism as possible,” González Souto said. “I thank my family for the sacrifices they have made to give me access to a unique educational experience at IU, and I plan to give back to the community every day. During my time here, IU has introduced me to a plethora of faculty members and advisors attentive to my needs and eager about my passions. On behalf of the student body, I hope to speak at graduation to express gratitude for the countless sources of inspiration and the invaluable support.”

The ceremony will take place outdoors, rain or shine. Graduates and guests should follow social media in case of delays or changes related to weather emergencies.

González Souto revived the IU Bloomington Model United Nations program and serves as president of the group, which has won individual and delegation awards, and which last month earned a distinguished rating at the national Model U.N. conference. The IU delegation has debated at Harvard, University of Pennsylvania, University of California Berkeley, University of Chicago and McGill University, among others, and will attend a conference hosted by New York University this April.

Work by González Souto with Model U.N. has included registering the organization as a functioning body, recruiting students, developing and winning approval for funding from the IU Student Association, organizing IU’s first high school conferences, developing a partnership with the School of Public and Environmental Affairs to help sustain the program, and creating academic courses on the U.N. in both SPEA and the College of Arts and Sciences.

Outside of Model U.N., González Souto founded ImMINEnt Change, a student organization that raises awareness of the perils of unexploded land mines around the world. She also competed in national Mock Trial competitions, served on the Executive Board of Foster International Living-Learning Center as chief-of-staff, reported for WIUX Pure Student Radio on international affairs, gave campus tours for Residential Programs and Services, taught political science courses and facilitated civic engagement and diversity discussions for the MLK Summit and at campus events with the Hutton Honors College.

She has also spent time volunteering for the Community Justice and Mediation Center as a restorative justice facilitator in community mediations and cases involving criminal charges. She has drafted a pilot study for data collection soon to be implemented by the center.

Spanish by origin, raised in Argentina and moving to Germany before relocating to Indiana, González Souto is a member of the IU Hutton Honors College, a Hudson and Holland Distinguished Scholar and a member of academic honors society Phi Beta Kappa and French honors society Pi Delta Phi. She is an IU Founders Scholar and has received the 2015 Kate Hevner Mueller Outstanding Senior Award, 2014 Onward! Curtis R. Simic Scholarship for Excellence in Leadership, Doug Goldstein Award for Outstanding Contribution and 2014 Louis E. Lambert Scholar award in political science.

During her summers, González Souto worked in Jodhpur, India, with Hindu-Pakistani refugees for the Universal Just Action Society, and she worked with the U.S. Equal Employment Opportunity Commission in Indianapolis and Seven Corners Inc. in Carmel. An accomplished photographer and ceramic artist, she has established a photography partnership with a fellow IU student, exhibited ceramic and photographic work for the Hutton Honors College and won monetary awards and publishing through Vogue Italia.

Indiana University Bloomington reinstituted the tradition of having a student speaker at undergraduate commencement ceremonies in 2010. Selected speakers must have outstanding records of academic performance, leadership, and campus and community involvement.