You are at:Home»Current in Carmel»Carmel Community»Carmel man’s vehicle appears in Hemmings’ Classic Car 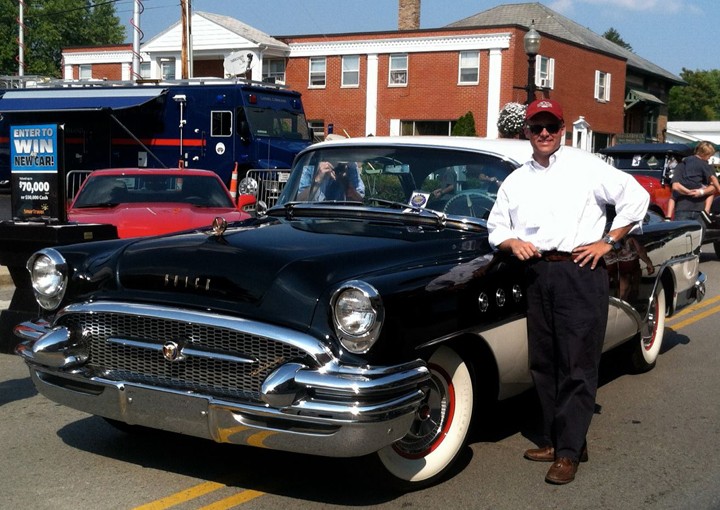 According to a thread in the Studebakers Club online forum, Palma asked Bell, 34, to bring it by his workplace, Leppert Mortuary-Carmel, where Bell works as a manager and funeral director. They took the car to a newer section of the Carmel cemetery for a photo shoot in early February. Bell’s car was fitting due to him working at the mortuary, and Palma’s reference of it as “the mortician’s 1955 Roadmaster.”

Bell said it was the first time the car had been out in the snow.

“As I was going down the hill of the cemetery, I thought, ‘I’ve never driven this car on snow,’ got a lurching everywhere … that really did not settle me,” Bell said.

Bell had always been interested in collector cars, especially 1955 Buicks, when he was young. He had traveled the nation to find one, but couldn’t. That is, until he met a Carmel Clay Historical Society member, a group Bell is a part of, at Old National Bank on 116th and Range Line Road seven years ago. The member just happened to pull up in the car Bell was looking for.

“I asked him if he’d take me for a ride, and he did. I told him if he was ever going to sell it, let me know. He did, called me about a year to the day, told me he wanted to sell it,” Bell said.

The car ended up having some repair work done to it, and Bell loves having it. It is often a conversation piece with other people, and he believes car collecting is something you can get into as much as you want.