The coding academy, a nonprofit organization which launched in the fall of 2014, provides training in ever-growing field of software application development. 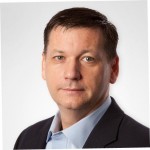 “We wanted the city to understand the significance and uniqueness of what we have here and the impact it would have on economic development and the impact on the companies that are in Carmel,” Qualls said. “We are probably talking to 15 different Carmel companies who want to send their people here to get them skilled up. There is a tremendous demand for coders and there is no pipeline. It’s not real sexy work but it pays really well. Everybody needs it and they need it more than ever.”

Qualls said at a typical company there might two or three IT employees.

“But if you look at the apps that actually drive that company and make it work, there are hundreds of coders in making that happen,” Qualls said. “Leveraging the smart phone and software is just exploding. There isn’t a pipeline to support that growth.”

Eleven Fifty is the brainchild of Scott Jones, recognized as one of early developers of voice mail, Nick Birch, Terrence Kunstek and Matt McIntyre. The academy is located on part of Jones’ residence on 1150 W. 116th St., Carmel.

Qualls, a Carmel resident, started three months ago with Eleven Fifty after a conversation with Jones.

“(Jones) told me he needed a builder and connector to take it to the next level,” Qualls said. “I never ran a nonprofit but I was intrigued. I sat in the classes and saw the magic that was going on in there.”

Qualls said he has worked on getting the course curriculum in manner that can be digested by the public and defining the mission statement.

“The mission is develop new and existing coders through relevant, immersive training as a positive economic impact on the individual, employer and their community,” Qualls said.