You are at:Home»Current in Carmel»Carmel Community»Family holds run to honor late father 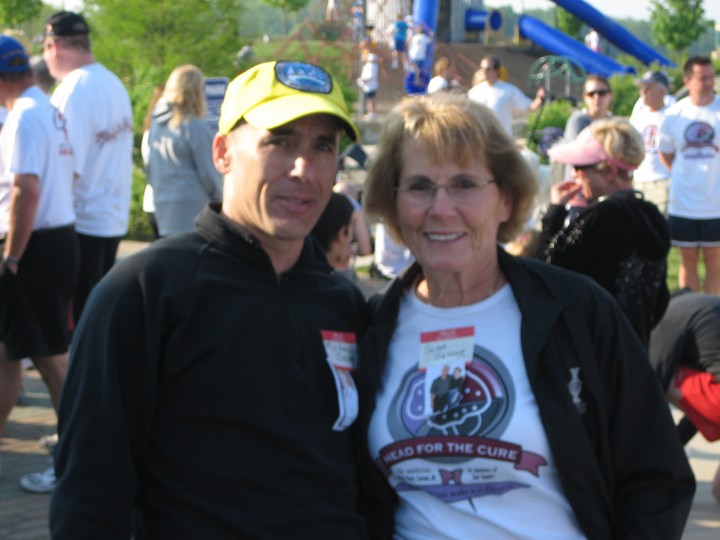 Ted Sapper was taken quickly from his loving family.

Sapper was diagnosed with brain tumor in December 2003 and died on March 16, 2004, at age 68 due to glioblastoma multiforme.

At that time, daughter Natalie Sapper had the idea of a run to honor her father. Her brother, Michael, had directed many athletic race events and team triathlons for years.

“So it wasn’t hard for me to organize the family together to put on a 5K race,” Michael said.

The Head for the Cure, which switched to a 6K course last year, will be held at 8:30 a.m. on June 6 at Creekside Middle School. The run benefits the American Brain Tumor Association.

“We just felt it was necessary to raise awareness and primarily money,” Michael said. “The first couple of years it was about us and our family and friends. It really quickly switched to people we don’t even know. As long as I’m around, I’m going to push the family to do it.”

Michael, 50, runs in the race each year as do several of Ted’s grandchildren. Michael, Natalie and their brother Paul are all Carmel residents and involved with the run.

“My mom (Sema) prints up these cards with my dad’s picture on it,” Michael said.

The race moved to Creekside last year because of the large number of participants. The race was originally run at West Park, but became too big for that site.

Michael’s wife Debbie, who serves as the race’s marketing director, said the race is a labor of love for the family.

“We see families that have participated (before), it makes you want to get back out there and bring more awareness to the community,” Debbie said.

For more information and registration for the race, visit braincure.org.