You are at:Home»Current in Zionsville»Lions Parks to host annual summer concert series 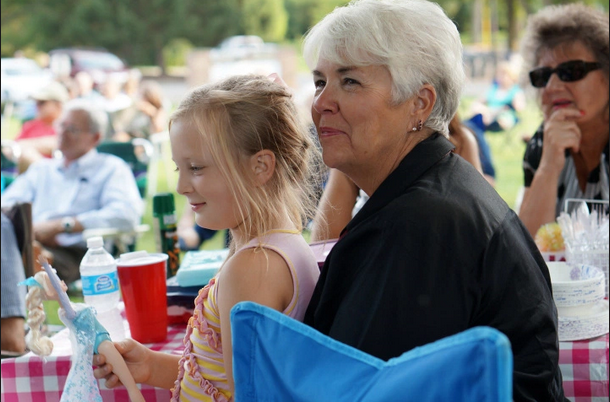 The Zionsville Lions Club’s July Concert Series is bringing four separate free concerts for the public throughout the month of July.

“I’m a Yankee Doodle Dandy: A Salute to America From Broadway and Hollywood,” directed by John Richardson and performed by the Zionsville Concert Band is scheduled for July 5. Featured soloists are Kathy and Tim Haines.

“Immortal Showtunes From Broadway,” directed by Samuel Rhinesmith and performed by the New Horizon Band is scheduled for July 12.

“Highlights and Songs From Broadway at the Movies,” directed by Will Frazier and performed by the Swing Shift Indy Jazz Band is scheduled for July 19.

“Broadway Gold From Broadway’s Biggest Hits,” directed by Dr. Daniel Zolin and performed by the Indianapolis Municipal Band is scheduled for July 26.

“I started this series because families seldom have good family time,” Joyce Davis said. Davis has been the concert director for the Zionsville Lions Club for 11 years. “I wanted a wholesome environment for children and their parents to come.”

Each concert begins at 7 p.m. at the Lions Clubhouse at 115 S Elm St. in Zionsville with sound provided by David Thompson. Attendees are encouraged to bring their own chairs. Refreshments are provided for a donation.

“I wanted them to hear music that will be around 100 years from now because it’s been around 50 to 80 years already,” Davis said. “It’s lasting music that won’t just come and go as a fad. It’s such a thrill to me when people say ‘thank you so much.’”

Blues singer Robinson to perform in Live at the Center series