You are at:Home»Current in Fishers»Peterson’s featured in Wine Spectator 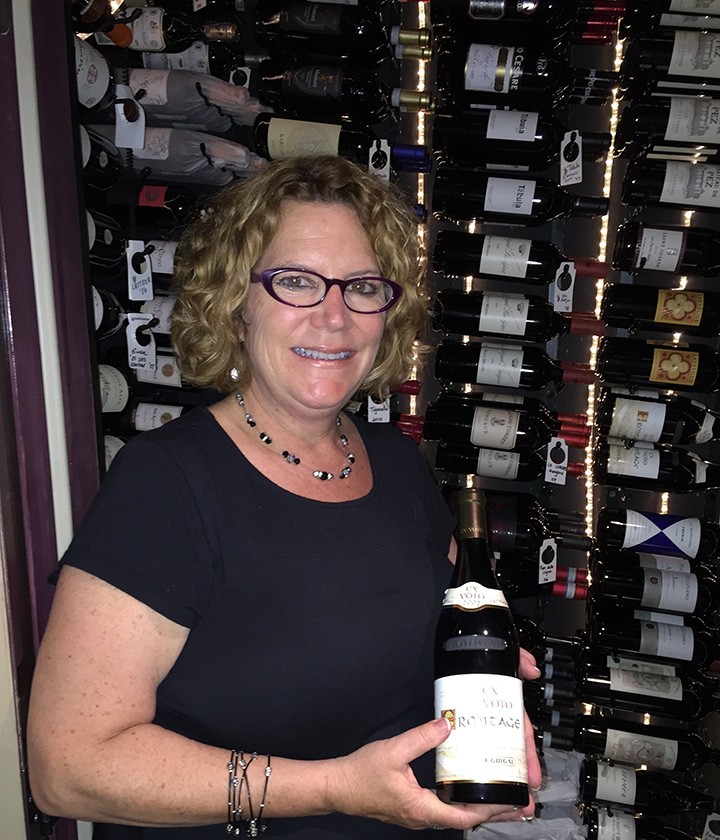 Jan Bugher holds a bottle of wine from Peterson’s. (Photo by James Feichtner)

Fishers restaurant, Peterson’s, was recently given the Best of Award of Excellence by Wine Spectator magazine. This is the third year in a row the restaurant has received the honor. Peterson’s was one of two restaurants in the state of Indiana to be awarded the honor.

“The award is based on depth of the wine list, total number of different labels, total numbers of different bottles in inventory but then also depth and breadth across vintages and wine regions around the world,” said certified Sommelier, Jan Bugher.

The Best of Award of Excellence is the second of three tiers for the awards. The restaurants in this category typically offer 350 or more selections of wine. Peterson’s carries over 600.

“We carry over 600 different labels and our inventory is in the neighborhood of 3,500 bottles. As they pointed out in the magazine, our strength is definitely Napa Cab. We are known for our depth of Napa Valley Cabernets in terms of different producers and multiple vintages,” said Bugher.

Bugher has been a certified Sommelier for about five years and has been with Peterson’s almost five.

“It was kind of a midlife career change. I worked in advertising for a number of years and I was just ready for a change. I had a more than a passing interest in wine. I decided to go back to school and pursue a certificate at IUPUI. Then I got involved in the Court of Master Sommeliers and that’s when my real education started,” said Bugher.

Peterson’s offers a wide variety of wines with a taste and price point for all of their clients’ tastes.