You are at:Home»Current in Westfield»Obituary: Lola May Stevens 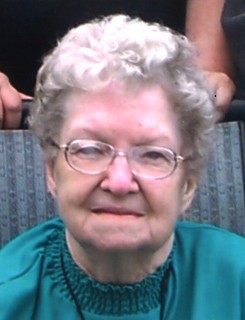 Lola was born on July 4, 1930, in Ventura, Calif. to Catherine (Jauregui) and Elwood Kohansby. She married Robert Eugene Stevens of Mitchell, Ind. in 1950 while he was serving his country in the U.S. Navy. The family moved to Indiana when Robert finished his tour of duty and eventually settled in Westfield, where they raised five children, R. Daniel Stevens of Noblesville, Catherine (Stevens) Sprulock of Tyler, Texas, Janeen (Stevens) Conaway of Westfield, Kenneth Stevens of Clinton, Ind., and Lesa (Stevens) Bryant of Cicero.

Lola was preceded in death by her two brothers, John and Elwood; her sister, Isabel Bolton; her daughter, Janeen Conaway; and two grandsons, Scott Sprulock and Eric Stevens.

Lola was a devoted mother and housekeeper. In later life, she worked for several years at Carmel Care Nursing Home serving others. She enjoyed visiting with her five children, 11 grandchildren, and 16 great-grandchildren.

Memorial contributions may be made to Maple Park Village, 776 N Union St, Westfield, IN 46074.