You are at:Home»Current in Carmel»Carmel Community»Back in the Day: Early traffic signal a go in Carmel 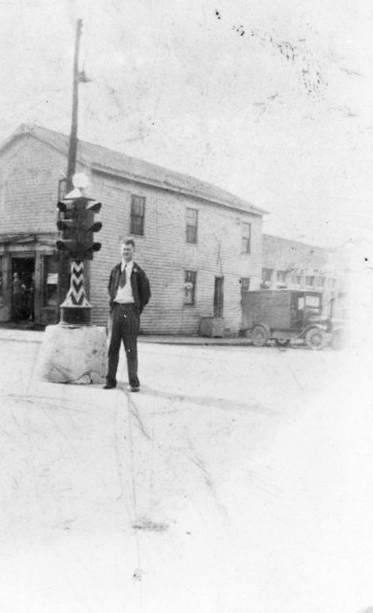 The introduction of the gasoline-powered automobile in the late 1800s spawned the imagination and innovation of hundreds of inventors. Many Hoosiers were among them and designed some of the most useful items for motorists, including tilt steering and the use of the rearview mirror. Carmel had its own significant contribution made by Leslie Haines. He developed one of the first practical stop signals in the country.

In 1921, Haines started experimenting with a stop and go signal system relying on weights and lift principle. Two years later he donated a working mechanism to the town for installation on Main Street. The signal was successful and trouble-free. A local doctor named Ross A. Cooper was impressed and decided to fund Haines’ marketing efforts.

Haines and a small staff worked for another two and a half years to experiment and assemble the product. During this development stage, however, Haines didn’t consider patent protection. Competition using similar ideas grew stronger. Plus, electric signals were being increasingly used within large cities. As a result, Haines and Cooper discontinued operations in 1933.

The contribution lives on, however. The Haines stop and go signal is on permanent display at the Carmel Clay Historical Society Museum.