You are at:Home»Current in Carmel»Carmel Community»Carmel students represent the U.S. in Russia 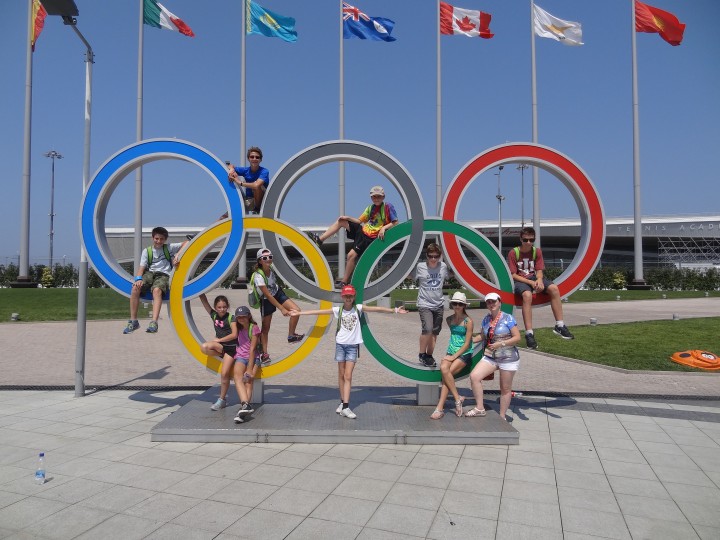 When Tatyana Komarova was 12 years old, she was selected to attend the Orlyonok camp in Russia because of her excellence in leadership. This summer Komarova, now the executive director of the International Talent Academy in Carmel, had the opportunity to take 10 Carmel students to the camp for three weeks.

The kids spent time traveling and learning at “Orlyonok,” or Young Eagle, the world’s largest educational, recreational and health center for gifted and talented youth, near Sochi, Russia.

Komarova said her hope was for the children to take everything they learned to heart.

“They were able to make so many friends from different countries, feel the excitement and learn a lot of things,” she said. “All children deserve to experience this kind of thing.”

The students, between the ages of 10 and 13, were selected to represent the International Talent Academy at the Children’s International Performing Arts Festival.

They had the opportunity to see Moscow, Sochi, the Olympic village and much more.

Elyse Wiener, 10, said her favorite part of the trip was Moscow.

“It was glamorous!,” she said. “There were lots of parks and rides. It was kind of like New York. It was very busy.”

At the end of the kids’ time in Russia they performed a USA presentation. Katerina Folkin, 11, said she liked representing the U.S.

“First we watched everyone else’s presentations, and we thought they were really cool,” she said. “We knew we had to represent America and show them what America was. We showed them our culture and we practiced a lot.”

Masha and David Wiener were able to visit their children, Elyse and Jacob, while they were in Russia.

Masha was excited for her children to attend the camp because, growing up in Russia, she had always dreamed of going to the famous camp herself.

“I was excited right away,” she said. “As a kid I always wanted to go, but it was a privilege. I didn’t know if it would happen, because we didn’t want to send our kids away for that long, but I think it’s important to be exposed to other cultures.”