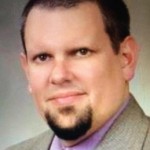 Detective Clouse passed away the early morning hours of Aug. 17 at the age of 43.

It’s too difficult to put into words what the Westfield Police Department lost when they lost Scott Clouse, but I’ll try.

He was a 14 year veteran of the Westfield Police Department. He started as a patrolman, but quickly rose through the ranks. Detective Clouse was a son, a husband and a father. He was a man who always saw the good in people. He was a man dedicated to his career, his family and his faith. He was also a man battling lung cancer.

Just like most things in his life, when he dedicated himself he gave his all. He decided he would give back to others in his time of need. He raised thousands of dollars for Relay for Life. He carried on the Westfield Relay for Life team, Shamrockin’ for a Cure. He would hit the pavement and rally the troops no matter how he was feeling inside to raise money for cancer research.

A story I think portrays Scott perfectly happened near the end of his life. One of the last days of his life I went to visit him. He could have talked to me about anything. Scott could have yelled and screamed about what cancer had taken away from him and his family. He could have asked for a hand to hold in his time of need or a shoulder to cry on, but instead Scott was thinking of others.

I’ll never forget his weakened body or his cracked words as he asked about another member of our public safety family who was going through his own personal battle. That was Scott. Scott wanted to help others. He wanted to be that shoulder to cry on or that hand to hold.

Detective Clouse made an impact on all of us who knew him. For me, I know I’m better person by just being in Scott’s presence.