You are at:Home»Current in Carmel»New drug shows promise for treating Alzheimer’s 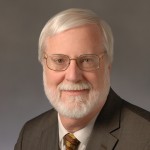 A new clinical trial being performed at Indiana University may provide hope for Alzheimer’s disease patients, with the potential end result being the first new FDA-approved drug designed to treat the disease since 2003.

The NOBLE study, which involves 450 patients from more than 50 hospitals across the country, treated a third of patients with a low dose of a new investigational drug, another third with a higher dose, and the remaining third with a placebo. The study, which is still in progress, will treat patients with mild to moderate Alzheimer’s over the course of 14 months.

Alzheimer’s, a type of dementia that impairs memory, thinking, behavior and other cognitive functions, is the sixth leading cause of death in the U.S. One in three seniors die with some form of Alzheimer’s or other dementia, and more than 5 million Americans have the disease, with no cure in sight.

He believes the new drug is promising.

“[The brain] is like the world’s most complicated computer. It’s a very difficult task to develop a drug that’s going to halt the degenerative process, but we are certainly making progress,” he said.

For patient and caregiver couples like Carmel residents Josie and Don Essig, though they are involved in a separate study, clinical trials such as NOBLE provide a modicum of hope.

“[Since we began the trial], we’ve not seen any declines,” Don said. “[Josie] is doing very well. Hopefully it can help a lot of people.”

More than 100,000 people living in Indiana currently have Alzheimer’s disease.

For more information, go to ADCS.org.