You are at:Home»Current in Carmel»Carmel Community»Athlete continues sister’s generous legacy 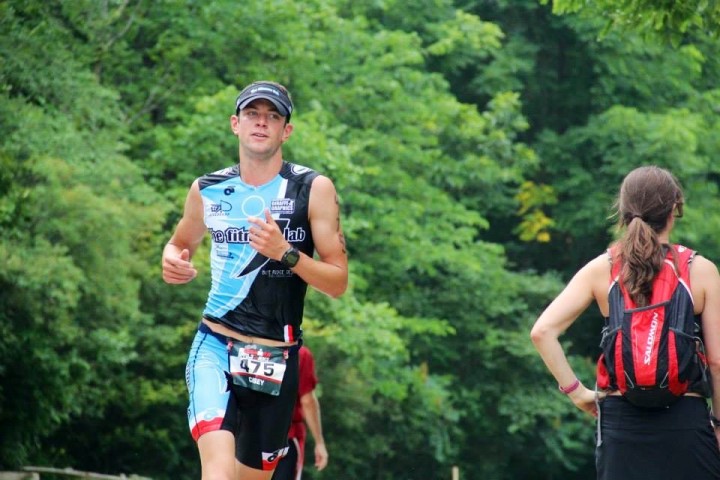 Casey Crouse competes in a triathlon in 2014 in Wisconsin. (submitted photo)

Casey Crouse is doing his best to keep his sister’s generous spirit alive.

Ashley Crouse, a 2002 Carmel High School graduate, was killed in a car accident in 2005 by a drunk driver. She was on the executive council of Indiana University Dance Marathon, benefiting Riley Hospital for Children.

The following year the CHS Dance Marathon was started in Ashley’s memory by her brother, then a CHS senior, and teacher Sarah Wolff with the help of other seniors.

In 2014, Crouse, a Carmel resident, competed in an Ironman event in Wisconson, swimming 2.4 miles, bicycling 112 miles and running 26.2 miles. In conjunction, he also started the ImForAsh campaign.

“My motivation is to carry on my sister’s legacy and do everything we can for Dance Marathon and Riley Hospital,” Crouse said. “I want to get people involved, raising awareness and raising funds.”

Crouse, 27, raised more than $52,000 for IUDM last year. Crouse will compete in an Ironman on Oct. 11 in Louisville to raise money.

Crouse has prepared for the Ironman by doing a few shorter Ironman events.

However, the campaign has added a new component in its second year.

“Other people can join the ImForAsh team and put on their own fundraiser, whether they’re running a 5K or doing a garage sale,” Crouse said. “Most of the money comes from outside donors donating to our fundraiser.”