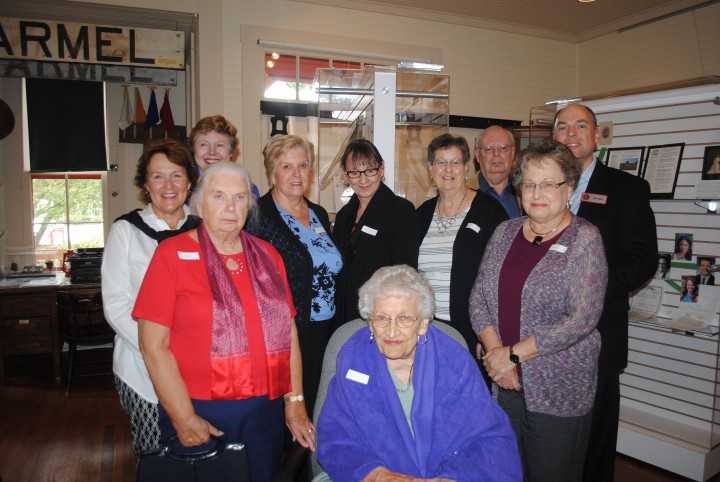 Like the city itself, the Carmel Clay Historical Society has continually grown since its inception 40 years ago.

The CCHS’s first major project was the preservation of the Monon Depot, which was built in 1883. The CCHS is housed in the Monon Depot Museum. The nonprofit serves as the repository for documents, photographs and information of Carmel’s 178-year history.

Many of the longtime CCHS members, including two charter members, R. Carol Skinner and Beverly Weaver, talked about the history of organization before the election of officers and board members on Sept. 13.

At first Weaver wondered how much history there could be in a small town, but she found plenty.

“Now it’s a city, we have mayors, and it’s wonderful,” Weaver said.

Skinner, an artist, has done a lot of artwork for the organization through the years. Skinner recalled the modest beginnings of CCHS.

Former CCHS president and board member Fred Swift wasn’t involved in CCHS from the beginning but knows there is another reason it was started.

“When the organization was established, it was done at least partially for the national bicentennial the next year,” Swift said. “Carmel and every community probably was encouraged to have a local part in the bicentennial.”

Debbie Gangstad, a former second grade teacher, said an important part of the tour is teaching the children that a community doesn’t just happen.

Ginny Terpening, a retired teacher, said during the walking tour for second graders they show the children enlarged photographs.

“He always says add in anything you remember,” Childs said. “So some of us that have lived here a long time will ‘I remember this.’”