You are at:Home»Current in Carmel»Carmel Community»Carmel mom a winner in the Real Women. Real Change. campaign

After photo-Kim Keck has lost 50 pounds by making healthier food choices and taking time to walk at her office. (submitted photos) 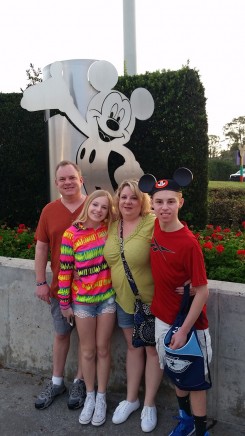 As a working mother of 16-year-old twins, Kim Keck figured that being overweight and in less-than-perfect health were just part of life as a busy mom.

But after a visit to her doctor showed her cholesterol levels spiking, she decided that her family was the biggest reason she needed to make some lifestyle changes.

Keck went on a low-carb diet and dropped 50 pounds in six months. She’s been able to stop taking certain medications and is working to make the changes permanent.

The Carmel resident has also been selected to represent the American Heart Association’s Go Red For Women campaign in 2016 through the “Real Women. Real Change.” program. She and eight other finalists have lost a combined 400 pounds and are using their stories to encourage other women to make healthy lifestyle changes.

Kim Keck is the winner in the self-nominated category in the “Real Women. Real Change.” program. She will be featured on a billboard with two other winners and will appear at the Red Dress Dash on Feb. 5 in downtown Indianapolis and the Go Red for Women Luncheon on Feb. 19.

Keck, a 1990 Carmel High School graduate, heard about the AHA campaign through St.Vincent in Carmel, where she works as a solutions development analyst. She said she doesn’t have time to commit to an workout program, so every day she walks around the atrium in her office building. That’s the only exercise she’s added to her lifestyle.

For Keck, the changes have affected the entire family.

“My husband also started the diet at the same time as me, which was huge, because he has also lost 50 pounds,” Keck said. “He does all the cooking in the house, so we kind of support each other.”